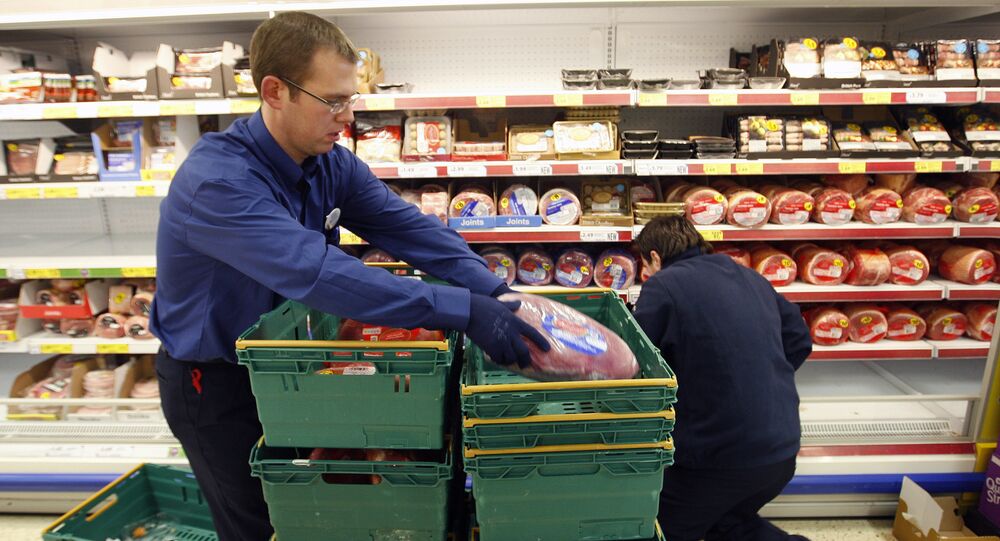 Thousands of manufacturing jobs in agricultural and food sector in Northern Ireland could be threatened in a hard Brexit scenario where the United Kingdom has to fall back on WTO trade rules and tariffs, Secretary Jimmy Kelly, the secretary of Unite Ireland, a local branch of the largest UK trade union, said.

© CC0
Sinn Fein President Urges US Congress to Support N Ireland Remaining in EU After Brexit
MOSCOW (Sputnik) – In January, UK Prime Minister Theresa May argued that no deal could be better for the United Kingdom that a bad one. If that happened, the United Kingdom might have to use WTO rules for trade with the European Union, as a backup plan.

"Thousands of manufacturing jobs and jobs throughout the Agri-Food supply-chain in particular would be threatened should the UK be forced to fall back on WTO trade rules. Such a hard Brexit would lead to punitive tariffs being imposed on cross-border trade," Kelly said, as quoted in the union's Thursday's statement.

Kelly slammed the ruling Conservative Party for their failure to properly assess the consequences of the loss of access to the single market, especially the effect of the hard Brexit on Northern Ireland.

"The performance of the Secretary of State for Exiting the European Union, David Davis MP, before his Westminster select committee inspires no confidence in the ability of his government to negotiate Brexit on terms meeting the needs of Northern Ireland’s economy or safeguarding the interests of workers," Kelly said, according to the statement.

On Wednesday, Davis told the Uk parliament committee that the government had not assessed the implications of the failure to strike a Brexit deal since he became Brexit secretary.