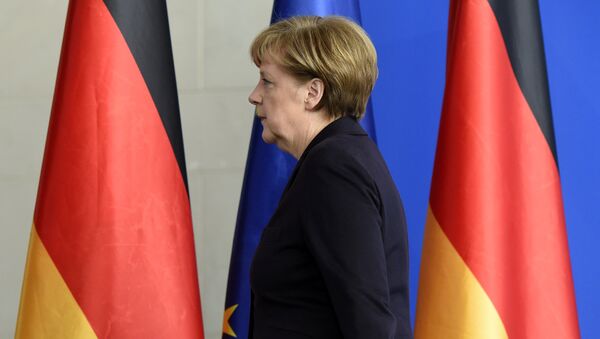 Two polls have placed the SPD ahead; Emnid (SPD 33 percent, CSU 32 percent) and Insa (SPD 31 percent, CSU 30 percent). The results, arguably a reflection of the SPD‘s newfound momentum under Martin Schulz, who replaced Sigmar Gabriel as SPD leader in January, are notable not only for marking the first occasion since 2006 the SPD has bested the CSU, but the SPD's seismic, record breaking leap in the polls in 2017.

In December 2016, both Emnid and Insa placed SPD support in the 20-21 percent range. The SPD, currently junior partner in Merkel's ruling coalition, have trailed the CSU for years in opinion polls; it last came first in an election under Gerhard Schroeder, in 2002.

Schulz, almost unique in German politics for not having a university degree, has revitalized the SPD's fortunes with straight-talking candor; his promises to campaign for social justice and oppose right-wing populism have struck a chord with voters at a time when Merkel's ruling CSU are shifting rightwards in response to the success of populist politicians and parties the world over.

Finance minister Wolfgang Schauble has repeatedly taken a harsh line on Greece's economic strife; Interior Minister Thomas de Maiziere has threatened to cancel development aid to countries that refuse to take back rejected asylum seekers, and proposed the construction of deportation centers; Merkel herself has mooted a sweeping shake-up of Germany's intelligence services, with significantly enhanced spying powers. Schulz has harshly criticized such suggestions, winning back old supporters and converting new supporters in the process.

The surge in the polls is not yet reflected in polls conducted by other agencies, and CDU General Secretary Peter Tauber has ridiculed the leap in German media, saying it was a reflection of "how the SPD suffered under Gabriel," whilst criticizing the "raptures" of SPD's supporters.

Nonetheless, it's doubtful Merkel's party saw the surge coming — the CSU had expected to win the September 24 election comfortably.

Thomas Jaeger, a political scientist at Cologne University, said the poll result had "come from nowhere" and the SPD had "been caught pants down," having expected it to remain in the 20-25 percent range.

Perhaps most troubling of all for the CSU, the Emnid poll indicates the SPD would be able to form a coalition with the hard-left Linke party and the pro-environment Greens party, removing the CSU from government.

Other polls, such as a February 17 study conducted by broadcaster ZDF, place the CSU ahead, but also show voters prefer Schulz to Merkel — 38 percent of voters would like to see Merkel carry on as Chancellor, while 49 percent preferred Schulz.

Perhaps as a result of this sea change, Wolfgang Schauble took a decidedly less sneering tone than Tauber when commenting on the poll results.

Elsewhere in the polls, Linke stood unchanged at eight percent, the Greens at seven. Together with the SPD's 33 percent, the left-of-center coalition would have 48 percent and enough for a government as small parties fell under the 5 percent threshold.

The CDU/CSU at 32 percent, the Free Democrats (FDP) at a steady 6 percent and the ostracized far-right Alternative for Germany (AfD), down 1 point to 9 percent, would have a combined total of 47 percent.