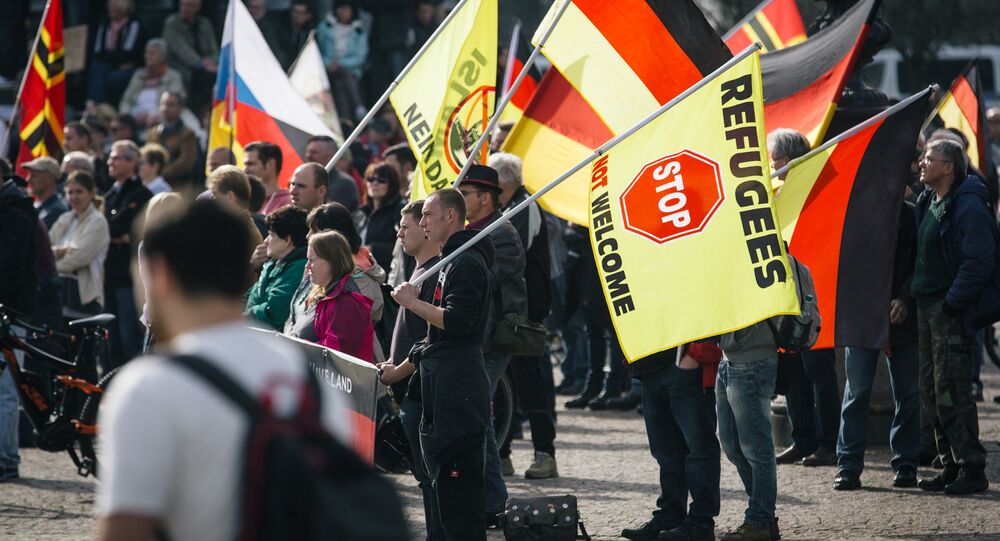 In an interview with local media, Gabriel said that countries that do not cooperate sufficiently "cannot hope to benefit" from German development aid. The idea is said to be "fully supported" by German Interior Minister Thomas de Maiziere.

While Gabriel didn't single out a particular country in his remarks, it's likely he had Tunisia, the home nation of Berlin truck attack suspect Anis Amri, in mind.

© REUTERS / Fabrizio Bensch
A used suit of a forensic investigator lies on a Christmas tree where a truck ploughed through a crowded Christmas market killing 12 people in the west of Berlin, Germany, December 20, 2016

Amri's ayslum application was rejected in June 2016, but Tunisia refused to take him back, denying he was a Tunisian citizen as he lacked relevant papers. A Tunisian travel document for the 24-year-old was finally issued by the Tunis government weeks before the attack, arriving in Germany two days after.

The German government estimates the country is currently an effective home to thousands of asylum seekers and refugees from Tunisia or other North African nations, who similarly face rejection and are likewise without paperwork.

The proposal is part of a comprehensive shakeup of German security and immigration rules mooted by ministers in the wake of the December 19 attack. On January 3, German Interior Minister Thomas de Maiziere announced his intention to bring several key German security agencies under direct federal control and abolish others, which would see the Federal Criminal Police Office transformed into an organ resembling the US' FBI, a huge increase in video surveillance, and the construction of deportation centers near German airports to ensure any migrant whose application is denied can be removed more effectively.

These plans were subsequently supported by Justice Minister Heiko Maas, who said he would craft "very concrete proposals" to expand the possibility of placing failed asylum seekers in detention before their expulsion.

Despite this move towards heightened security, around 73 percent of Germans feel safe in their country, according to a poll published by ARD public television. In all, 88 percent said they have "a lot of trust" in the police, while only 36 percent said the same about intelligence services. Fifty-six percent also said they were "satisfied" with Chancellor Angela Merkel.

Blow to Schengen as Austria Refuses to Re-Open German Border