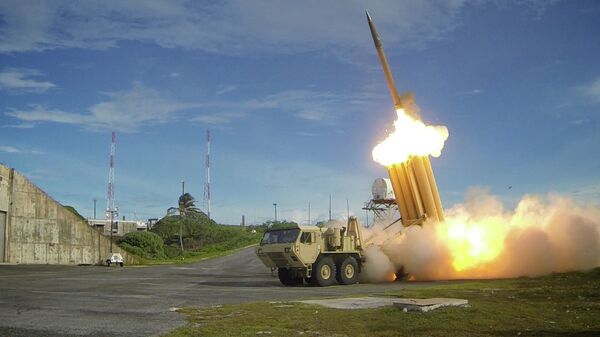 After Russia and China successfully tested advanced hypersonic missiles earlier this year, the Pentagon rushed the development of a range of options to deal with increasing “hypersonic and maneuvering threats.”

In April, Russia successfully carried out the first test flight of a hypersonic Yu-71 glider launched with the use of an RS-18A strategic ballistic missile in the Orenburg Region in the Ural Mountains. The missile accelerated up to 7,000 MPH. Defense analyst Bill Gertz labeled the glider "revolutionary."

Russian Top Secret Hypersonic Glider Can Penetrate Any Missile Defense
Three days later, China conducted a similar experiment, launching its DF-ZF hypersonic glider from atop a missile traveling at speeds up to 7,672 miles per hour.

Calls quickly followed to boost the US defense budget. The director of the Pentagon's Missile Defense Agency (MDA), Vice Adm. James Syring, urged Congress to allocate at least $23 million for laser interceptors. Lawmakers were also encouraged to fund the development  of “a defensive system to defeat boost-glide and maneuvering ballistic missiles."

On Monday, Doug Graham, vice president of missile systems and advanced programs for leading US defense contractor Lockheed Martin, addressed the missile issue at a news conference. Saying that the US military is challenged by “advanced hypersonic, maneuvering threats,” he listed a number of projects being developed in response.

US Strategy Pushes Russia, China to Create Joint Missile Defense System
The first option to counter the threat of hypersonic glide vehicles is an advanced model of the Terminal High Altitude Area Defense (THAAD), or THAAD-ER, he said. Unlike its predecessor, THAAD-ER has a two-stage interceptor, with higher velocity.

“THAAD-ER is certainly one candidate and one of the more near-term options that the US government has [in order] to begin addressing some of the advanced threats that are emerging,” Graham said.

Talking about THAAD-ER last February, Syring said the project, if approved by Congress, could take ten years to complete.

Lasers are another option the Defense Department is mulling over. Lockheed is working to meet the demand, developing high-power airborne lasers that could destroy hypersonic missiles in the boost phase, before they gain full speed.

“High energy lasers are the fastest, most agile intercept capability that we have,” Graham said.

Pyongyang Calls on Germany to Scrap Taurus Missile Deliveries to South Korea
The earlier attempt by the US military to fit a Boeing 747 aircraft with a laser was a failure and wrapped in 2013.

The MDA is expected to announce contracts for lasers in the next few months, which could result in a serviceable weapon in a decade.

Currently, Lockheed considers its THAAD as the main counter to hypersonic craft. The system is expected to be deployed in South Korea, following a series of provocative nuclear tests conducted by North Korea.