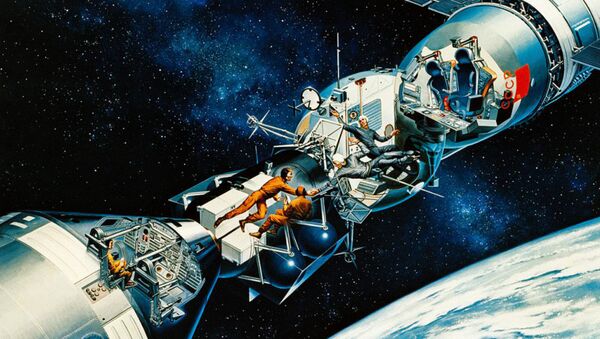 Russian journalist and commentator Sergei Cherkasov comments on the contemporary state of human space exploration and the technological exhaustion of its main drivers.

Roscosmos Proposes International Team to Create Super-Heavy Carrier Rocket
In his analysis, published on the independent online news and analysis portal PolitRussia, Cherkasov begins by recalling the space race of the Cold War days, and contrasting its energy and dynamism with humanity's contemporary efforts to explore the heavens.

"The time when humanity's flights into space were the result of conscious overexertion of production capabilities, eureka moments of scientific thought and technological breakthroughs by the two superpowers has passed," Cherkasov recalled. "Today, space is not a playing field for global prestige, or even a battlefield (not yet anyway), but a market. And the number of players looking to compete has grown."

"Today," the commentator added, "space is not about moving 'higher' and 'faster', but about moving 'rationally' and 'economically'. And it doesn't matter who becomes the first to make a discovery, or to make a flight. What's important is who will be the market leader, and who will take the second and third-tier roles."

"It's 2016, and we have long become accustomed to sanctions. We're not too bothered about the collapse of oil prices – they will rise again just like they fell. We've even almost ceased thinking about the price of the dollar. Still, times aren't easy, it's necessary to economize, and Roscosmos's budget has been slashed significantly compared to [the space agencies of] other countries." 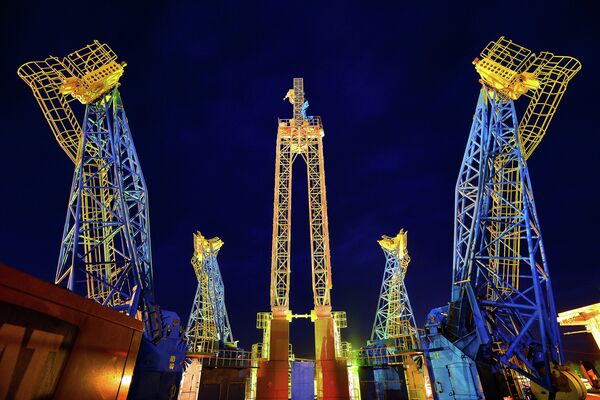 China Mulls Teaming Up With Foreign Agencies to Explore Moon – Space Agency
And what is Roscosmos's budget? A modest 104 billion rubles (about $1.59 billion). "Closing out the top six is the Indian Space Research Organization, committing $1.2 billion, or 80 billion rubles."

"It's not very much," Cherkasov admitted. "However, launches depend not so much on the amount of money available, but how it's used, as practice has shown. Take the Indians for example. On September 24, 2014, the Indian satellite Mars Orbiter Mission successfully entered Martian orbit after almost 11 months flying through space."

"And with that, India became the six country whose scientists and engineers showed sufficient smarts and funding to do this. What's more, their achievement was not only to successfully send a satellite to Mars, but to do so on their first try. Before that, this was achieved only by the ESA, although they used a Russian Soyuz-FG rocket and our Fregat booster unit. The Indians spent only 4.9 billion rubles ($75 million)." 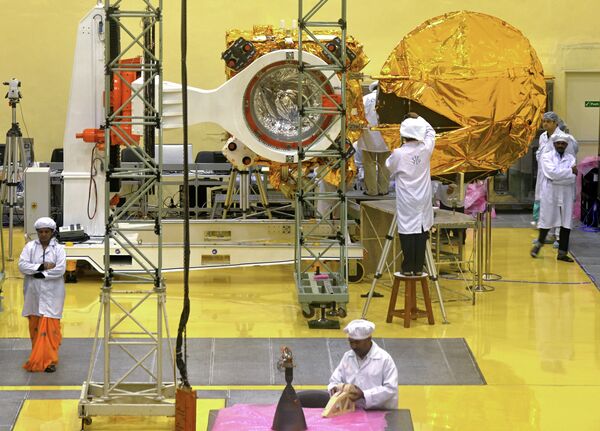 "The Americans, who entered Martian orbit just three days before the Indian Mars Orbiter Mission, with their MAVEN satellite, spent 44.6 billion rubles ($683 million), or nine times more. Therefore, judging space agencies' capabilities by the amount dollars is not the best thing to do. With one sum, various countries are able to achieve different things."

"So just what do the guys from NASA manage to do with the billions of dollars, nearly $20 billion this year, which they get?" Cherkasov asked. "After all, this is more money than all other countries with space programs allocate, put together."

"Between 2010 and 2015, they've spent almost $100 billion. What did they want to do with this money? Well they planned to create a space-based fuel storage facility. They do not have super-heavy rockets, so they figured they could start from the ground with what they had, refuel in orbit and then fly further – to the moon, say, or to Mars. Has anyone seen an American gas station out there near the International Space Station?"

New Space Capsule to Undergo Radiation Resistance Test on ISS - NASA
"The creation of a closed loop space-based system of life support was also planned. Perhaps the US did create it? Did a new module appear onboard the ISS? Or perhaps the system is on earth somewhere, or still on the drawing board?"

"Another idea," Cherkasov recalled, "was to develop a technology to use celestial bodies for fuel. Where's the nearest asteroid? Maybe NASA is already building a factory on it."

​"$3.1 billion was allocated for the development of heavy rockets. However, the Delta 4 first took off in 2002, and the Falcon 9 appeared on the launch pad in 2009 for the first time. The production will be done by Boeing or SpaceX. Or perhaps there is meant to be a purely NASA-based heavy-class rocket developed under the Constellation program? It was meant to deliver crews to the ISS starting in 2014. And it was developed and even launched, but then the program was closed."

Red Scare: Military Analyst Muses Over Musk's Fear of 'Russian Assassins'
Therefore, the analyst noted, "where NASA's budget has gone over the last five years is a big question, and one I do not know the answer to."

"But I do know where $84 million will go in the coming years: for Roscosmos to deliver American astronauts to the ISS. For the US this this is peanuts – they can print more. For us, this is 5.7 billion rubles, or 1/21 of the Russian space agency's annual budget – a nice sum! The contract has been extended until 2019. This means that the Orion space ship, which was being built under the Constellation program and due to be finished last year, will not be completed in time for the 2017 deadline, and we shouldn't expect it before 2020."

At the same time, Cherkasov noted that "the Americans have been flying on our Soyuz rockets since 2011, when the Space Shuttle program was closed. In 2012 NASA carried out another selection for astronauts, and another four years later, in 2016. Only this time the program for future astronauts has been amended – they must now learn Russian."

"What an unexpected turn this is," the commentator jested. "In the 1990s, when there was peace, jeans, and chewing gum between us, the Americans did not hurry to become so chummy with us. Now, in 2016, with 'bloody Putin' in power and the Russians once again building up barbaric hordes on the borders of Europe, newly minted astronauts have to bone up on their Russian…So I do not know whether the Americans will complete the construction of the Orion in 2020, but it seems that they plan to stay together with the Russians in space for the long term." 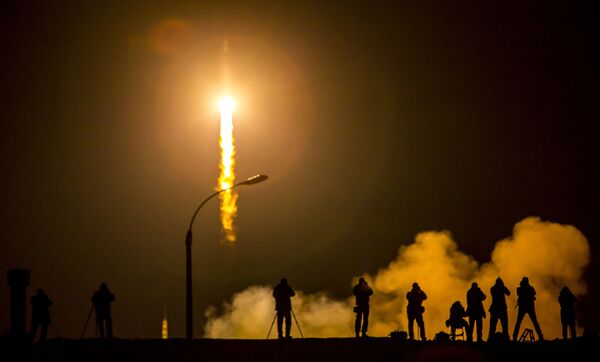 Pentagon Ignores John McCain, Demands More Russian RD-180 Engines
Cherkasov recalled that in 2014, the US banned the purchase of Russian RD-180 rocket engines for use by military satellites in connection with the crisis in Ukraine…by 2019. "For other applications, the engines appeared to have been banned since 2014, but purchases continue to be approved."

"Since then, senators have been trying to get political points through machinations around these engines, but Ukraine has nothing to do with it anymore. Rather, this is about lobbying the interests of potential competitors to the United Launch Alliance Company, which is building Atlas 5 launch vehicles using our engines."

Moral of the Story

The US Space Shuttle program, Cherkasov noted, "was a breakthrough for its time, and even if it was overly expensive and dangerous, it was courageous. Even if the first and only [Soviet shuttle] – the Buran, was more technically advanced, the Shuttle was an achievement for NASA and Americans to be proud of. And they were proud." 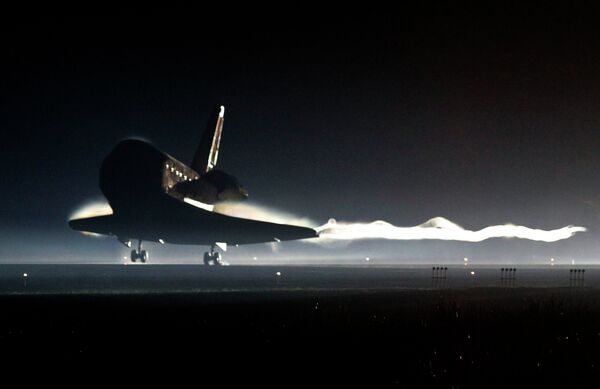 "Now, NASA's budget is inflated like never before, but they do not have their own spaceship, their own rockets, they are learning Russian and bashfully dragging the decision through Congress to purchase another two dozen Russian rocket engines. NASA's achievements are being eclipsed by the achievements of companies like SpaceX, which boldly enter the market with new solutions that earn money."

All the while, "the gentlemen from NASA, adhering to the old Cold War-era habit, continue to burn money on unnecessary projects and casually cancel programs that are almost complete. The only difference is that now, they do so in a much more relaxed fashion than during the Cold War."

Ultimately, Cherkasov says, for NASA today, the Russian space agency "is not an enemy, but a partner willing to sell engines, to sell rockets if necessary, to drop astronauts off on the ISS and bring them back home. This partner will always lend a shoulder; he will not shoot  himself in the foot through political squabbles just to annoy NASA. And it's politics which doesn't allow the guys from NASA to relax completely. No need to invent anything – their partner will do it. It'll take astronauts to the ISS, to a Russian space station and a Russian lunar base, and will take American astronauts to a Mars-based scientific research station."