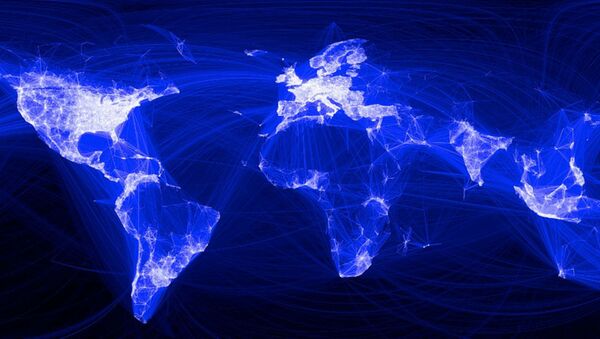 As various extremist groups like Daesh (Islamic State) use the Internet as a tool to promote violence in the real world, nation-states use public fear as an excuse to increase control over cyberspace, ultimately violating human rights, UK and US political analysts assert.

A spike in malicious hacking levels worldwide is not an increase in cyber wars between sovereign states, say the analysts, but rather the internal surveillance activities of governments seeking to silence popular dissent. Examples of these activities, even those of a high-profile nature, remain largely ignored by the media.

Packrat, an espionage group operating in Latin America, has been working for some seven years on suppressing dissidents in countries across the continent, according to a report issued by an expert group at the University of Toronto. Packrat’s purported methods include malware and phishing attacks, disinformation and direct threats aimed at those who seek to expose their activities.

Sweeping Surveillance Act Included in Last-Minute US Federal Spending Bill
Journalists revealed that the technology company Hacking Team sells purpose-built surveillance software and hardware to governments, law enforcement agencies, and corporations. The firm’s products have emerged in many countries with brutally repressive regimes, including Saudi Arabia, Sudan, and Bahrain, as well as in Ethiopia.

The authors of the blog post noted that social media used by activists to coordinate public actions is easily spied on by authorities seeking to repress its citizens. The Red Shirt uprising in Thailand, using primarily Twitter to organize, ended up with the killing of dozens of protesters by government agents.

To address cyber-based forms of repression, the experts suggested starting with data collection.

Science & Tech
Anonymous Accuse Silicon Valley Startup of Assisting ISIL Online‏
They stressed that data focused on cyber-attacks carried out by governments and their proxies must be collected, archived and carefully studied. A list containing information on the perpetrators of the cyber-attack, its target, the degree of severity, and the goal of the operation must then be leaked to the public.

The experts suggested that repressive online actors must be publicly deprived of their “digital arms,” in front of their governments and the general population. It was also offered that a universal “digital society” operating under common laws be constructed.