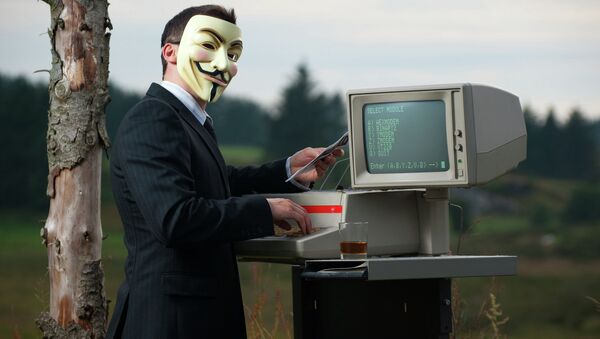 ISIL exploits the internet and social media sites to spread its propaganda and promote its activities — it also uses web services to guard the group from cyber attacks. As more attempts are made to disrupt ISIL-related sites, members of the terrorist organization are circumnavigating attacks by using web services readily available on the market.

Once again, @CloudFlare have been found to be providing services to pro-#IslamicState websites. Shameful. #OpISIS #Daesh #Anonymous

According to some members of Anonymous, web technology available from CloudFlare, a company providing a content delivery network and distributed domain name server services, is being used by terrorists operating on the darknet and in cyberspace to prevent members of the hacktivist group from suspending ISIL related propaganda.

Following the recent terror attacks in Paris, Anonymous, who pledged to continue their cyber warfare campaign against ISIL online, have accused CloudFare of preventing them from doing so.

CloudFlare protects its users from what's known as Distributed Denial of Service (DDoS) attacks by rerouting connections through its own servers. It's able to stop groups like Anonymous, who use DDoS attacks to overload ISIL websites with automated page views, so they ultimately collapse.

GhostSec, an anonymous affiliated counter-terrorism network operating on the internet, say almost 40 pro-ISIL websites are using CloudFlare to stop their sites from being taken offline by the hacktivists.

According to the Epoch Times, 34 of those sites are spreading propaganda, four are terrorist forums and two offer technical support. WauchulaGhost said CloudFlare hides the origin of the site and "with the site being 'hidden' it's harder to be taken down, not only by us, but by our own government as well."

GhostSec does not work for any government but does pass on any information on threats that they discover online. Its mission, as stated on its website is:

"To eliminate the online presence of Islamic extremist groups such as Islamic State, Al-Qaeda, Al-Nusra, Boko Haram and Al-Shabaab in an effort to stymie their recruitment and limit their ability to organize international terrorists' efforts."

"We do this as a free service to not only the USA but to countries of the world. Ghost Security's mission is to eliminate the online presence of the Islamic State extremists group."

But CloudFlare's co-founder and chief executive Matthew Prince has hit back at Anonymous and its claims that his company assists terror-related websites by securing them from DDoS attacks.

Prince told The Register that content hosted on his network is not an endorsement.

"I'd suggest this was armchair analysis by kids — it's hard to take seriously. Anonymous uses us for some of its sites, despite pressure from some quarters for us to take Anonymous sites offline."

Western governments frequently call on internet giants like Google, Facebook and Twitter to remove extremist material from their sites. And once removed, with equal rapidity, ISIL terrorists create new accounts.

According to CloudFlare spokeswoman, Daniella Vallurupalli, the company is in the same position. In an email to the Epoch Times, she said they had more than a million customers and close to 5,000 new sites registering with them each day.

The revelation that terrorists are using the same web services as hacktivists comes as no surprise.

Governments and companies working to combat online radicalization and extremist propaganda material have left hacktivists and terrorists with little choice but to sink to the depths of the dark net, so they can operate and counter each other deep in cyberspace.