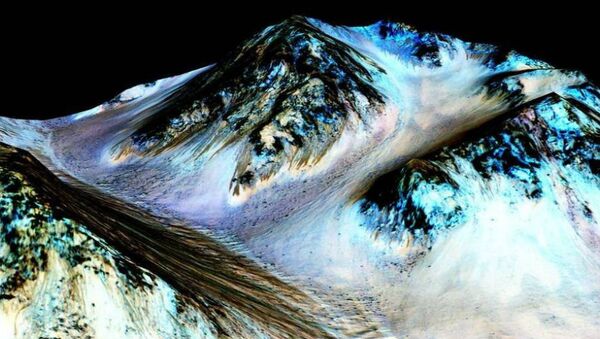 After decades of research and exploration of the Red Planet, NASA announced Monday the definitive existence of surface water on Mars. The implications of the discovery are, according to scientists, staggering.

Though the international community of scientists and Mars culture fanatics have long suspected water existed somewhere on the Martian surface, they weren’t able to piece the puzzle together, until today.

Other than Mars’ polar ice caps, water as we know it on Earth could not be observed on the Red Planet due to its incredibly low atmospheric pressure. The boiling point on Mars is only 10°C. But the water making headlines Monday was found to be a brine of perchlorate salts — essentially a form of antifreeze — that lowers water’s freezing point from 0 to —70°C, and raises its boiling point to 24°C. 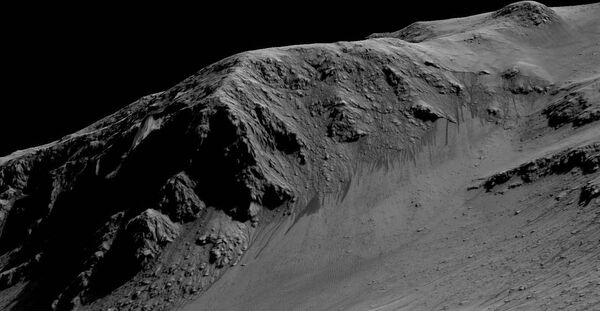 NASA’s Mars Reconnaissance Orbiter (MRO) observed streaks, known as recurring slope lineae (RSL), on the slopes of mountains and craters across the planet that appeared to ebb and flow in photos taken over the course of several years. This puzzled researchers, as the geology of the eroding terrain would suggest streams of water running down the mountainsides, except that it was too cold for it to possibly be pure water.

“Our quest on Mars has been to ‘follow the water,’ in our search for life in the universe, and now we have convincing science that validates what we’ve long suspected,” said John Grunsfeld, astronaut and associate administrator of NASA’s Science Mission Directorate in Washington. “This is a significant development, as it appears to confirm that water — albeit briny — is flowing today on the surface of Mars.”

The team behind the discovery used MRO’s High-Resolution Imaging Science Experiment (HIRISE) and MRO’s Compact Reconnaissance Imaging Spectrometer for Mars (CRISM) to determine the existence of hydrated salts in multiple locations across the Red Planet. They determined these hydrated salts were perchlorates — carbon based propellant that is found on Earth.

"We found the hydrated salts only when the seasonal features were widest, which suggests that either the dark streaks themselves or a process that forms them is the source of the hydration. In either case, the detection of hydrated salts on these slopes means that water plays a vital role in the formation of these streaks," said Lujendra Ojha of the Georgia Institute of Technology (Georgia Tech) in Atlanta, lead author of a report on these findings published on Monday in the journal Nature Geoscience.

NASA has observed perchlorates on Mars since the Viking missions of the 1970s. Today’s discovery of the perchlorate as a brine has incredible implications for the manufacture of rocket fuel on the Martian surface, which is hoped will make return trips home from Mars a reality.

Private space exploration firm Space-X, led by Tesla Motors CEO Elon Musk, has been hard at work developing reusable rockets in the expectation of eventually of finding an extraterrestrial source for rocket fuel, which now looks more likely than ever before. A colonized Mars could also become a transportation hub for manned missions further out into the solar system.

One Mystery Solved, Many More To Go

Mars scientists have long speculated the existence of water on Mars beyond just ice. A massive subterranean glacier was discovered under the region known as Arcadia Planitia, where an impact crater exposed it’s existence. That discovery also lent credence to the theory of water in some chemical form that we on Earth couldn’t quite visually observe. How the planet has become the barren tundra it is today still baffles scientists, but data coming back from Mars today is enhancing what we know exponentially.

Somewhere around the vicinity of half a billion years ago is when scientists believe some incident caused Mars to lose most of its magnetism. As a result, the Martian atmosphere lost its ability to reflect the bombardment of ionized solar winds, making life on the surface of Mars inhospitable. The lack of strong magnetism was also the likely cause of the escape of Mars’ atmosphere. Scientists differ on what disrupted the magnetism, and theories range from a potential asteroid impact warming the Martian mantle around the core, to the idea that Mars has always simply been a “dead planet.”

What scientists do seem to agree on is that, at some point before the loss of magnetism half a billion years ago, Mars had oceans of water that covered perhaps more than two-thirds of the planet. It’s highly probable, they say, that life existed under those conditions. Half a billion years would seem like enough time for evidence of life to disappear completely from the Martian surface, but the perchlorate brine water suggests the possibility of some primordial life form unknown to humanity. 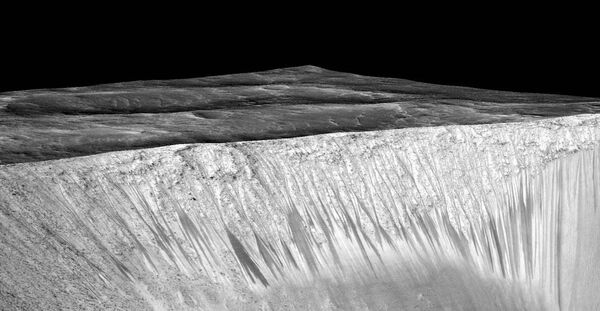 Organisms have been found in the deepest depths of Earth’s oceans that live entirely off of the highly salty brine water surrounding them, and scientists believe similar organisms could exist in similar conditions on other planets or moons in our own solar system.

Many believe it’s only a matter of time before such organisms are be observed on Mars. Between now and 2020, NASA, the European Space Agency, the Russian Federal Space Agency (FKA) and India’s Space Research Organization (ISRO) have a total of six more mission launches to Mars.

The ESA & FKA’s joint ExoMars mission, landing in 2019, will have a 2-meter long drill to take soil and ice samples to scan for potential subsurface life.