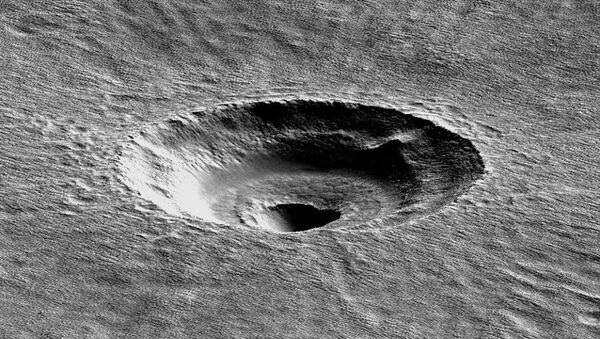 Just below the surface of Mars, a gargantuan glacier of ice the size of the country of Sumatra exists between the equator and the Red Planet’s north pole, and astrogeophysicists say it’s the likely result of snowfall some tens of millions of years ago.

Scientists Say They’ve Located the Best Place to Find Ancient Life on Mars
Water’s presence on Mars has fluctuated over the life of the planet, due to the planet’s eccentric degree of the axial rotation, otherwise known as its unstable obliquity. The two Martian moons, Phobos and Deimos, are not large enough to keep the axis point steady, and the resultant chaotic wobbling has caused many ice ages on Mars.At present, Mars is a dry, cold and dusty rock. But evidence points towards an intricate system of seas, rivers and lakes existing there in a far distant past. If ice exists on Mars, scientists can postulate that life may have existed in warmer times, pointing to the prevalence of life just about anywhere on Earth with water. Life may even subsist in some form today deep beneath the Martian surface, some scientists believe. 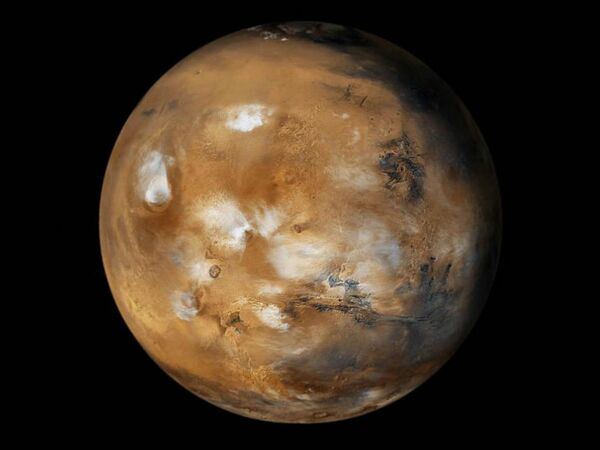 It is a well-known fact that Mars has thick layers of glacier formations, but until recently Researchers did not know what they were made up of, or even how much.
© Flickr / Jason Major

While Mars has visible, gleaming icecaps on its poles, scientists are starting to note a pattern of subterranean ice forming under the surface between those polar icecaps. As a result, details are emerging about the history of Martian climates that can help scientists determine what regions of the Martian landscape could have possibly been inhabited.

A team at the University of Arizona-Tucson scoped out some strange craters in a place known as Arcadia Planitia, located in relatively temperate latitudes compared to Earth. While these craters resulted from an extraterrestrial impact on Mars 'surface, the unusual terracing of the craters' walls raised a red flag for the UA-T team. 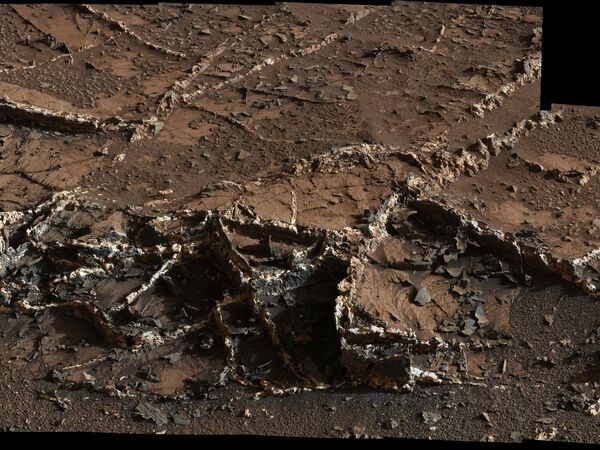 "It extends down to latitudes of 38 degrees,” study lead author Ali Bramson told Space.com. “This would be like someone in Kansas digging in their backyard and finding ice as thick as a 13-story building that covers an area the size of Texas and California combined."

Data from NASA’s High Resolution Imaging Science Experiment camera (HiRISE) onboard the Mars Reconnaissance Orbiter to model the depths of the craters, and shallow radar (SHARAD) that determined the terraces’ soil composition pointed consistently to the existence of the 40-meter thick slab of ice just underneath the surface of the planet. Scientists expect the ice is likely the result of weather from tens of millions of years ago, an Earth-like era during either the Paleogene of Neogene ages.

The big question that remains is how this ice has managed to stay in its current state for so long, and whether this could mean that there are heated subterranean aquifers — potentially supporting Martian life — underneath the ice.