Assad Advisor: 'Tacit' Deal Between Russia and US Will End War in Syria 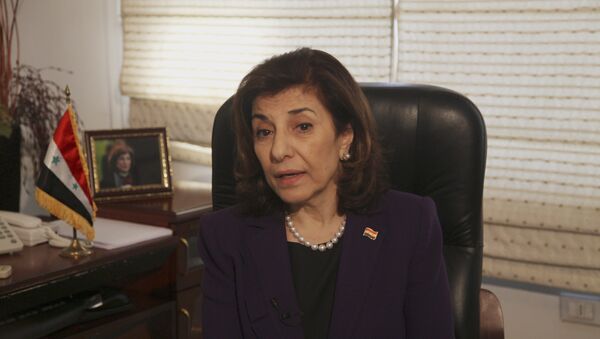 According to a senior adviser to President Bashar al-Assad, the United States and Russia have come to a "tacit agreement" for ending the violence in Syria.

"The current US administration wants to find a solution to the crisis in Syria. There is a tacit agreement between the US and Russia to reach this solution," Bouthaina Shaaban, a close adviser to Assad, told Syrian state television on Wednesday.

"The US recognizes now that Russia has profound knowledge of this region and a better assessment of the situation," she added. "The current international climate is heading towards détente and towards a solution for the crisis in Syria."

Still, a statement from US Defense Secretary Ash Carter casts doubt on such an accord.

"We will continue to work with Russia on issues where our interests overlap," he said, according to Reuters. "It is possible but not yet clear that such an overlap might exist in Syria."

Over 240,000 people have been killed since the crisis began in 2011, and millions have been displaced, creating the refugee crisis in Europe. While Russia has advocated for diplomatic discussions to bring about calm, the US and other Western nations have resisted, insisting on Assad’s removal from office as a prerequisite for peace.

"Russia has provided and will provide adequate support to the legitimate government of Syria in the fight against extremists and terrorists of all kinds," Ilya Rogachev, head of Russian Foreign Ministry’s Department for New Challenges and Threats, told RIA Novosti on Thursday.

Amidst the ongoing conflict, a number of US allies have begun to take note of the need for cooperation with both Russia and the legitimate government of Assad.

"We need to talk to many participants, including Assad," German Chancellor Angela Merkel said following an EU summit on Thursday.

"In regard to the channels of exchanging information and agreeing possible activities, then yes, this topic was discussed and preliminary agreements were reached during the meeting with Netanyahu," Kremlin spokesman Dmitry Peskov said during a news conference.

The West has also been critical of the Kremlin’s long-standing policy to provide the Syrian government with equipment, weaponry, and training in its fight against terrorism. While Russia has made no secret of its actions in the region, Washington has repeatedly accused Moscow of a "military intervention."