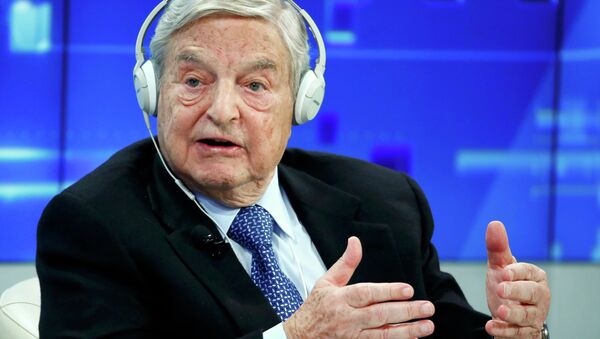 Billionaire investor George Soros said the health of the Chinese economy has him concerned about the possibility of another world war.

Military spending is on the rise in China, where there is an effort to transition to a domestic-demand-led economy from exports, Soros said at the Bretton Woods conference at the World Bank.

If that move falters, he said, there is a "likelihood" that China’s leaders would promote an external conflict – possibly with a US ally – to keep the country together and hold on to power.

"If there is conflict between China and a military ally of the United States, like Japan, then it is not an exaggeration to say that we are on the threshold of a third world war," Soros was quoted as saying by MarketWatch.

He called on the United States to make a "major concession" and allow China's currency to join the International Monetary Fund's basket of currencies. This would make the yuan a potential rival to the dollar as a global reserve currency.

In return, China would have to make similar major concessions to reform its economy, such as accepting the rule of law, Soros said.

Allowing China's yuan to be a market currency would create "a binding connection" between the two systems, he argued. Such an agreement will be difficult to broker, Soros acknowledged, but the alternative could be global catastrophe.

"Without it, there is a real danger that China will align itself with Russia politically and militarily, and then the threat of third world war becomes real, so it is worth trying."