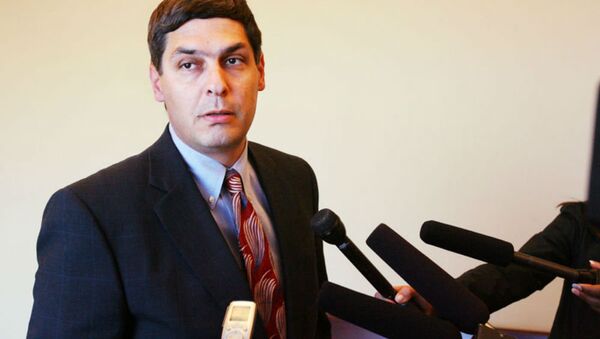 © AP Photo / Nashville Scene
Subscribe
International
India
Africa
A Nashville prosecutor has been fired after reports surfaced that he made the sterilization of women part of plea negotiations in some cases.

Former Assistant District Attorney Brian Holmgren was the subject of reports from the Tennessean and the Associated Press, which said the invasive surgery was part of plea bargain talks at least four times in the last five years in child abuse and neglect cases.

Holmgren told the Nashville Scene that those cases were not the reason he was fired from the Davidson County District Attorney's office.

"Suffice it to say that what you need to know is there is a fundamental difference of opinions in how to handle cases in our unit between myself and” District Attorney Glenn Funk, Holmgren said.

Funk has since banned using the technique in pleas, the AP reported.

In an interview with the Tennessean Wednesday morning, Funk said he discovered cases languishing without prosecution in the division in which Holmgren worked.

Funk directed his staff to conduct a review of all the office's divisions after he took office in September.

He said his staff found more than 130 child sexual and physical abuse case files that have not been investigated. Some of the child sex abuse cases were as old as 2010, some child abuse cases dated back to 2001, he said.

Funk said he was concerned that the alleged victims could have been assaulted again.

"I have to know that these cases are being handled properly, and that nothing falls through the cracks. Because this will not happen on my watch,” he was quoted as saying by the Tennessean.

Torry Johnson, who served as Nashville district attorney for 26 years before leaving office last year, said he could not think of another case that involved sterilization. There was no policy because there did not need to be one, he told the Tennessean.