California is Getting ‘Second-Hand Smog’ From Asia 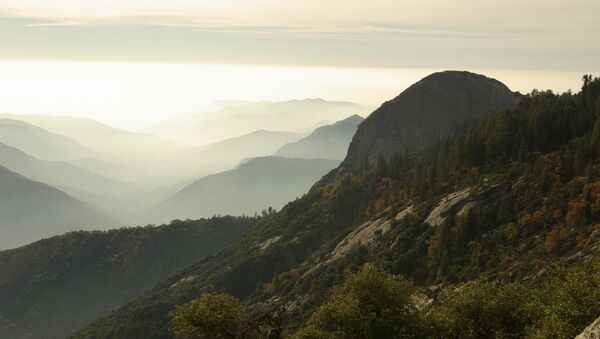 About 10% of California’s San Joaquin Valley’s ozone pollution, the main ingredient in smog, is coming from across the ocean.

According to new research from the University of California, Davis, (UC Davis) this "second-hand smog" is drifting mostly from Asia.

"What's happening upwind strongly affects what's happening downwind," Ian Faloona, an atmospheric scientist with UC Davis told Reuters. "Secondhand smog from Asia and other international sources is finding its way into one of the nation’s most polluted air basins, the San Joaquin Valley."

Top Managers Reportedly Afraid of Working in China due to Air Pollution
San Joaquin valley residents, which include the cities of Fresno, Bakersfield and Stockton, are twice as likely as others in different parts of the state to suffer from asthma, according to the university.

Faloona presented his finding to air quality regulators and scientists at a transboundary pollution conference near Yosemite National Park on Tuesday, suggesting that air quality is global, not local.

"To me, it’s an exciting new chapter of how we think of air pollution," Faloona said. "How do we deal with this not just as an air district of a couple of counties, but as a nation and a global citizen of the planet? Traditionally, air pollution has always been considered an issue to be handled locally, ‘It’s your backyard, it’s your problem.’ But we’re going to have to treat air pollution to some extent how we treat greenhouse gases."

Science & Tech
China Built the First Hydrogen-Powered Tram
The UC Davis scientist stressed that the majority of California’s air pollution is coming from local sources, especially in the region that has missed a federal deadline for cleaning its winter air of sooty particulates, produced by diesel engines and developed in warm, dry conditions, Reuters reported.

However, Faloona elaborated on a global role to reduce the smog and pollution in the air.

"One of the reasons I was so drawn to atmospheric science is because we’re intimately sharing this substance that’s totally vital to us," Faloona said. "Air is something that we have to share. To me, it’s always been an obvious connector of people. We’re becoming more cognizant of how connected we are and how all of our decisions have to be made on a global scale from here on in."