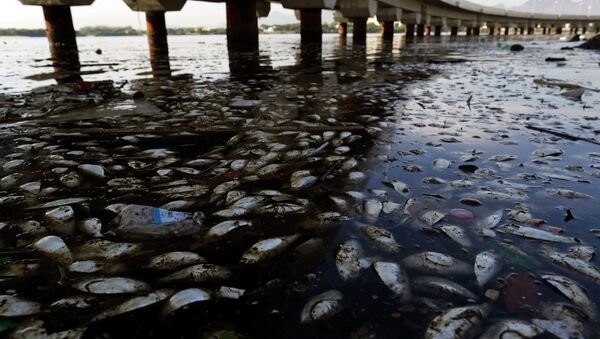 Rio de Janeiro celebrated after winning the bid to host the 2016 Summer Olympics. But city officials still have a long way to go in water pollution treatment. Namely, they need to dredge a few thousand dead fish out of Guanabara Bay.

Concluding a three-day inspection of the Brazilian capital, the International Olympic Committee saw signs of progress as the Olympics to be held in South America approaches.

“We were impressed by the progress being made on the venues,” the inspection team’s head, Nawal El Moutawakel, told the Associated Press.

This despite the fact that Brazil’s environmental agency is currently investigating a massive fish die-off in the waters off Galeao International Airport – just 7.5 miles from the starting line of several Olympic sailing events.

The fish – thousands of twaite shad – were discovered on Tuesday, smack in the middle of the Olympic Committee’s visit. 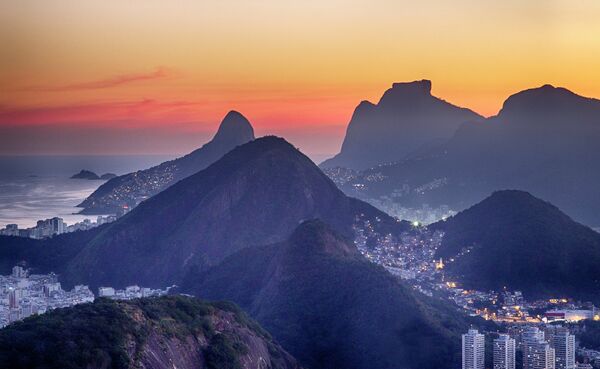 In the past few months, athletes preparing for the summer games have also complained about floating debris in competition waters, and expressed concerns about health risks.

Clearly, issues of water sanitation remain a high priority for Rio Governor Luiz Fernando Pezao. In hosting the 2016 games, the city has pledged to treat at least 80% of the sewage which flows directly into Guanabara Bay. In a city of 6.32 million people, most of its sewage has flowed straight into the water, untreated.

Pezao says the city has already managed to reach 49%, but doubts it will be able to reach its intended goal by next summer.

“We are still aiming for this goal,” executive director of the Olympic Games, Christophe Dubi, said during a news conference on Wednesday. “We are like athletes in that we are pushing toward the finish line and we should respect that every effort is being made.”

Earlier this month, officials also visited the Jacarepagua Lagoon, which will play another key role in the games. Facing similar pollution problems due to raw sewage, the city set aside $250 million for its cleanup. But photos taken by environmentalist group Olho Verde on Tuesday show an enormous deposit of cyanobacteria that has spread into the Atlantic. The bacteria causes a filmy, green slime on the surface which can be toxic to humans.

Another concern is Rodrigo de Freitas Lake, which will host the rowing competitions. Fish die-offs are common here, frequently occurring after heavy rains. During one such incident in November, the city hauled 60 tons of rotting fish from the lake.

If a similar situation were to occur next summer, it could hazardous to athletes, and undoubtedly disastrous for the Brazilian tourism board.

The results of the environmental agency’s investigation are expected next week, but investigators suspect that the die-offs in Guanabara Bay could be the result of Brazil’s intense drought. Tests done a few months ago found “neither abnormalities in the water, nor the presence of chemical or toxic substances,” according to an agency statement.

Still, drought or no drought, 51% of Rio’s sewage being dumped into the bay can’t be good for anyone, least of all the most health-conscious athletes on the planet.