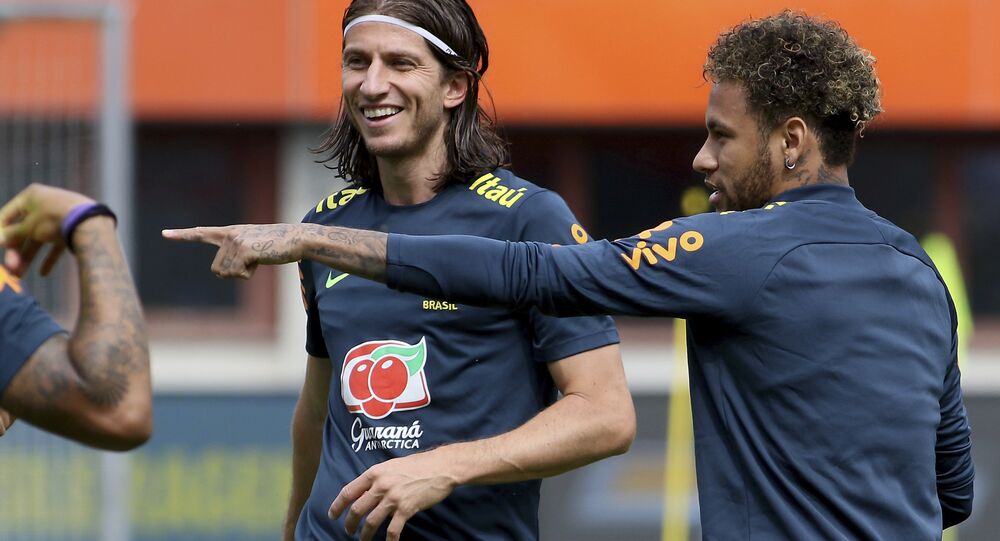 Sex for Footballers During World Cup: For Better or Worse?

The Brazilian national football team is not essentially banned from having sex during the championship, sport doctor Rodrigo Lasmar told magazine Extra.

"I think it must not be treated like a taboo. Sex is something natural, they [footballers] are young men in perfect health. There is nothing more natural than ease pressure, relax during moments of rest, both physically and morally, put one’s mind at rest after preparations for the World Cup. It won’t be an issue for us," the doctor said.

Sputnik Brazil reached out to Marcelo Neves, technical director of the Rowing Training Center in Rio de Janeiro (Centro de Treinamento de Remo), which, among other things, trains sportsmen ahead of high-profile sporting events. Marcelo Neves remarked that he doesn’t see any trouble in sportsmen having sex during the championship, but it is essential that they don’t get exhausted.

"It all depends on how they make love. There are sportsmen who make it in a couple of minutes, and there are those whose sexual intercourse lasts for an hour, which is quite tiresome. From the psychological point of view, this may have a very positive result on a sportsman. It is most important to estimate how much strength goes into it; often, when tabooing something, one can bring about such consequences that may have a negative effect on a sportsman’s work." He notably went on to conclude that he sees nothing evil in sex, provided it is not too tiresome for a sportsman.

"The best way to get ready for a football match, it's sex 4 hours before kick off" — Romario

In the meantime, Neves doesn’t agree with the methods of Joachim Löw, the head coach of the German national team, who is making his players abstain from sex during the 2018 World Cup, stating every single case should be viewed individually.

"It all depends on habits. I would analyze every sportsman’s habits separately and opt for an approach that would not lead to exhaustion," the physical therapist explained.

Separately, Sputnik Brazil discussed the issue with sexologist Regina Navarro, who pointed to the fact that there is no consensus among sex researchers over whether sex is good or bad for sportsmen just ahead or during major tournaments.

"There is research suggesting that for semen to form a great deal of male energy is spent, which makes men sluggish and sleepy, the sexologist remarked."

"There is other research that demonstrates that sex to a great deal raises one’s spirits, rendering them bold; good sex makes you more brave and inspired."

"So, it’s difficult to say whether it’s good or bad," she rounded off.

Earlier, a number of key players of the Brazilian national team stated that making love prior to matches helped them perform well. Forward Ronaldo, who has been playing for Real Madrid since 2009, said that good sex before a game is a “key to success.”

Romario, a former Brazilian striker, advised Gabriel Jesus to have sex on days free of matches.

"Enough sex is just one of my tips; as well as making the most of days off; and it’s no less important to concentrate better during games. One should understand that every other chance is the last one. In other words, score goals, as you would likely have no second chance," Romario said in an interview.