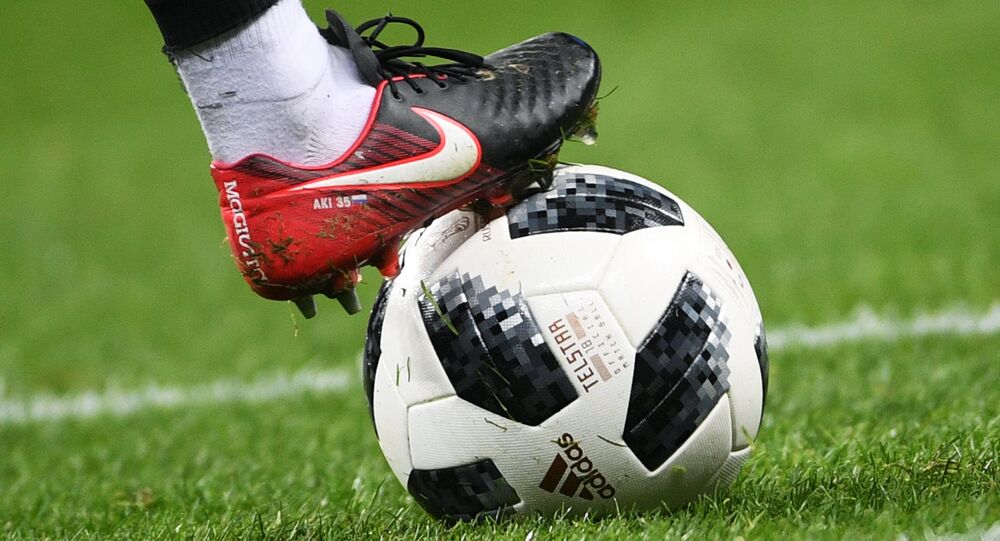 Peru became the 32nd and final side to qualify for the World Cup with a 2-0 play-off victory over New Zealand on Wednesday night. Sputnik takes a look at all the teams who will be traveling to Russia next summer.

Goals from Jefferson Farfan and Christian Ramos helped Peru to victory over New Zealand on Wednesday night, November 15, and sealed their qualification for the World Cup for the first time since 1982. But who are the teams who will be in the draw on December 1 for next summer's World Cup in Russia?

We now know all 32 teams heading to next year’s #WorldCup in Russia pic.twitter.com/5w27vTOIpv

Russia are hosting the World Cup for the first time ever.

The team lacks stars and even the most optimistic Russian football fan would struggle to find a case for the hosts making it as far as the semi finals but for President Vladimir Putin and most Russians the big prize will be putting on a great tournament and changing a few million minds around the world about Russia.

In the last two World Cups, in South Africa and Brazil, England have played so abysmally that their staunchest fans have completely lost hope in the 1966 winners getting anywhere close to the final in Moscow.

So manager Gareth Southgate — who took over after his predecessor was caught in a newspaper sting — will have very little expectations on his shoulders.

Sometimes you just got to grind it out. 3 points all that matters. Great finish Sonny. 👍 #COYS pic.twitter.com/VwyGwTRVJV

Tottenham stars Harry Kane and Dele Alli will have to be on their top form if there is to be anything to cheer for the thousands of England fans expected to ignore bad publicity about getting a hostile welcome from Russian hooligans.

Germany — or West Germany as they were up until 1990 — have probably the most impressive record of any footballing nation.

They have won the World Cup four times, most recently in 2014, and have lost in four finals.

Joachim Low is hoping to become the first manager to win successive World Cups since Italy's Vittorio Pozzo in 1934 and 1938 and thousands of German fans are expected to head east.

Only Brazil have won the World Cup more times than Germany but the fifth and most recent success was back in 2002 in Japan.

In recent years they have under-achieved and they are still recovering from the trauma of hosting in 2014 and their 7-1 humiliating exit in Belo Horizonte at the hands of Germany.

​The Selecao topped the qualification table in South America and for two players, Dani Alves and Marcelo, it will be their last tilt at the World Cup.

Despite the cost an

the distance they are still expected to be backed by a small army of colorful fans.

After years of under-achievement Spain blossomed in 2008 and dominated for several years, winning back-to-back European championships and a World Cup in between.

Too early to rank the World Cup's 32-team field?

Absolutely not: @stighefootball breaks down the early favourites to triumph in Russia. 🏆 pic.twitter.com/vvQVT36Y1k

That generation of players is ageing and near retirement but they have a new crop of stars including Real Madrid starlet Marco Asensio.

It will also be interesting to see if tensions arise within the squad after the recent political problems in Catalonia. Barcelona's Gerard Piqué was booed at a recent Spain game after he verbally supported Catalan independence.

They made it to the final of the 2014 finals in Brazil but never looked like beating Germany, despite having the world's best player, Lionel Messi, in their team.

They struggled to qualify for Russia, but a hat-trick from Messi against Ecuador finally put them through ahead of Peru.

France are one of the pre-tournament favorites and Didier Deschamps has so many good players to choose from that his biggest problem will be fitting them all into the 23-man squad.

One of his biggest selection headaches is choosing up front from the Arsenal pair Alexandre Lacazette and Olivier Giroud.

Les Bleus won the World Cup in 1998, as hosts, and followed it up with victory in the European championships two years later but they are not followed abroad in large numbers.

They have won the World Cup twice but the last time was way back in 1950 when they defeated hosts Brazil in the finals.

Morning after an amazing night. To the team,staff,my family and the fans THANKS SO MUCH FOR SUPPORTING OUR JOURNEY 🙌🏽💙🇦🇺🌍🏆 another World Cup on the Horizon. I’ll be doing everything I can like the rest of the lads to make it to RUSSIA 🇷🇺 and make it 4 World Cups 🌍🏆⚽️ pic.twitter.com/TyzDtic85X

During the 1980s and 1990s Uruguay's team was synonymous with fouling and cheating and in the 2010 final striker Luis Suarez handled on the line to deny Ghana a definite goal and ultimate a place in the next round.

Suárez and strike partner Edinson Cavani remain a potent threat and young Rodrigo Bentancur of Juventus has quality in midfield.

It is almost certain to be the 32-year-old Real Madrid ace's last World Cup and he would love nothing more than to go out in style.

No African team has ever made it as far as the semi-finals of the World Cup and Nigeria are probably the best team from the continent in the draw.

Absolutely gutted to be knocked out of the World Cup. So proud to be part of this team & so proud to be Irish 🇮🇪 Good luck to Denmark in Russia. pic.twitter.com/Nj9iVRc81q

The Super Eagles beat Argentina 4-2 in Krasnodar during a friendly on Tuesday and have a clutch of talented players, including three players from Premier League former champions Leicester City.