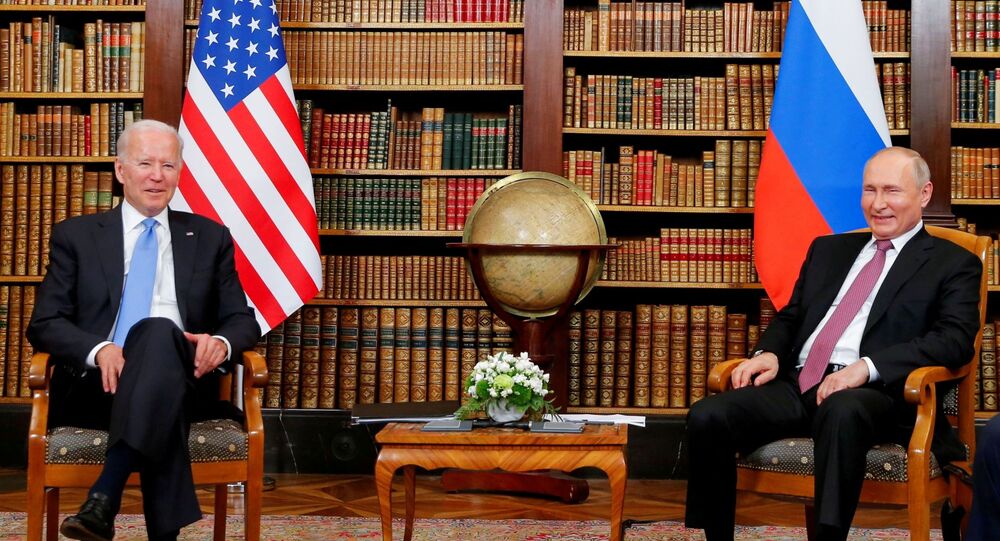 WASHINGTON (Sputnik) - US President Joe Biden said he first felt like the leader of the free world when he sat across from Russian President Vladimir Putin.

Following their first in-person meeting in Geneva in June, Putin and Biden declared the intention to launch comprehensive strategic stability dialogue and to begin consultations on security, arms control and a potential prisoner exchange.

Prior to the summit, Biden called his Russian counterpart "bright" and "tough", as well as a "worthy adversary." The meeting took place just after Biden traveled to Europe for the G7 and NATO summits.

US-Russia tensions intensified following the US intel report on Moscow's alleged role in the SolarWinds cyber breach and purported interference in the 2020 presidential election. After the Biden administration completed an intelligence review, Washington introduced a new batch of anti-Russia sanctions.

In March, Biden set off a diplomatic firestorm after an interview with ABC News, in which he claimed that Russian President Vladimir Putin would "pay a price" for alleged interference in the US elections and answered in the affirmative when asked whether he considered Putin a "killer."  Russia afterwards recalled its ambassador from Washington for consultations on the entirety of the bilateral relationship.

In an interview with US broadcaster NBC, Putin said he was not worried about such harsh rhetoric and attributed it to the overall US culture. According to NBC, he called the "killer" label "Hollywood macho."

"I have heard dozens of such accusations, especially during the period of some great events, during our counterterrorism efforts in the North Caucasus. And when that happens I am always guided by the interests of the Russian people, of the Russian state," Putin said.

Earlier, the Russian leader commented on Biden's words, wishing him good health and reminding him that evaluating other people is like looking in a mirror.