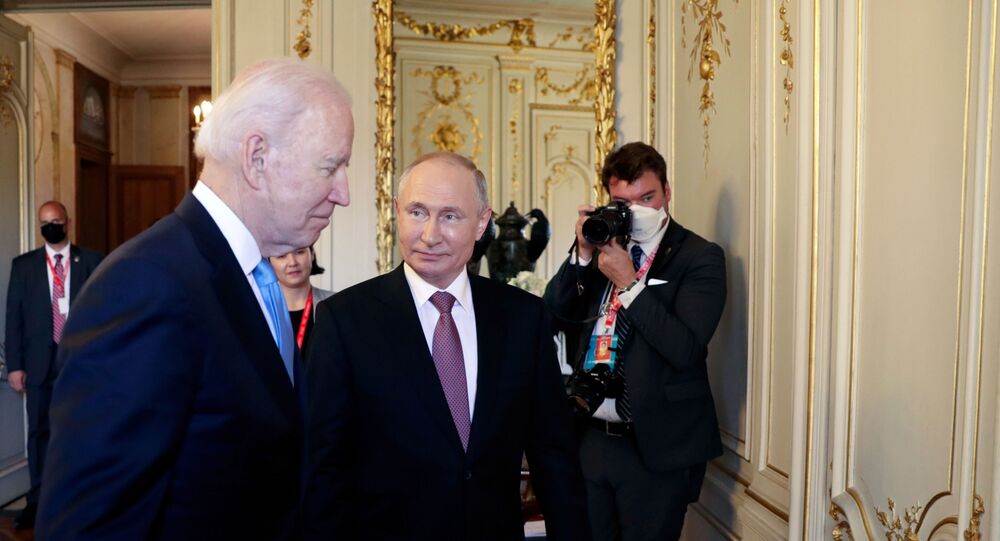 After finalizing the US-Germany deal on the Nord Stream 2 pipeline, Washington rushed to threaten Moscow with sanctions if it engages in "malign activities" towards Ukraine. In addition, Berlin vowed to take action at the national and European Union levels in case Russia uses energy as a weapon or takes aggressive actions against Ukraine.

Attempts to portray Russia as an aggressive and malign actor are “baseless and useless” threats, Russian Ambassador to the United States Anatoly Antonov said.

“Attempts to present us as an aggressor and a country conducting ‘malign’ activities have long been the hallmark of Russophobes. The threats against us are groundless and useless. We neither accept such rhetoric, nor can we accept the practice of illegitimate unilateral sanctions. Only the UN Security Council is mandated to do that,” Antonov said in a statement on Wednesday.

This comes after the United States and Germany expressed their determination to hold Russia accountable for its alleged “aggression and malign activities” by imposing costs such as implementing sanctions should Moscow attempt to use energy as a geopolitical weapon against Ukraine.

The joint statement issued by the United States and Germany on their positions toward Russia and Ukraine with respect to energy and security policy raises serious questions and runs contrary to the spirit of the talks between presidents Joe Biden and Vladimir Putin last month, the ambassador said.

© Sputnik / Sergey Guneev
Why US-Germany Deal on Nord Stream 2 is a Face-Saving Move Veiling Washington's Defeat
"The document raises serious questions and even a lack of understanding about political attacks against Russia. The hostile tone towards our country is completely contrary to the spirit of the two presidents’ talks on June 16 in Geneva," Antonov said.

Russia considers any accusations that it uses energy resources to exert political pressure to be unfair competition, the dilomat added.

"Through many years of honest interaction with Europe and other consumers of domestic hydrocarbons, our country has proved that it is a reliable partner. We have never imposed our supplies on anyone, did not use energy resources as an instrument of political pressure and did not try to solve any narrowly opportunistic goals attributed to us," Antonov said.

Antonov said Russia rejects any such accusations, noting that Moscow "sees in such attempts nothing more than unfair competition."

"We repeat tirelessly: the construction of Nord Stream 2 and any other Russian export pipelines is the subject of commercial agreements with those states that are interested in our gas. Russia is ready to supply exactly as much hydrocarbons as consumers need," Antonov added.

According to the latest poll conducted by the Russian-German Chamber of Foreign Trade, Nord Stream 2 enjoys overwhelming support among German businesses working in Russia, with 94% of respondents considering it important and even irreplaceable for Europe's mid - and long-term energy supply. Another 97% spoke in favor of completing the pipeline's construction.

The United States has been a consistent opponent to the project, citing Europe's excessive dependence on Russian gas, while Germany has been calling for not politicizing the pipeline. The project has found another consistent opponent in Ukraine, which is concerned that it would be used to divert gas transit through its territory, taking away a sizable source of revenue.

Russian officials have repeatedly said the Nord Stream 2 pipeline is purely a commercial endeavor, not a political one. On Tuesday, the Russian ambassador said the United States is using Ukraine as a tool to try and change Moscow's policies.

The project, which aims to lay a 745-mile-long offshore twin pipeline that will carry up to 1.9 trillion cubic feet of gas per year from Russia to Germany, is currently at its final stretch.