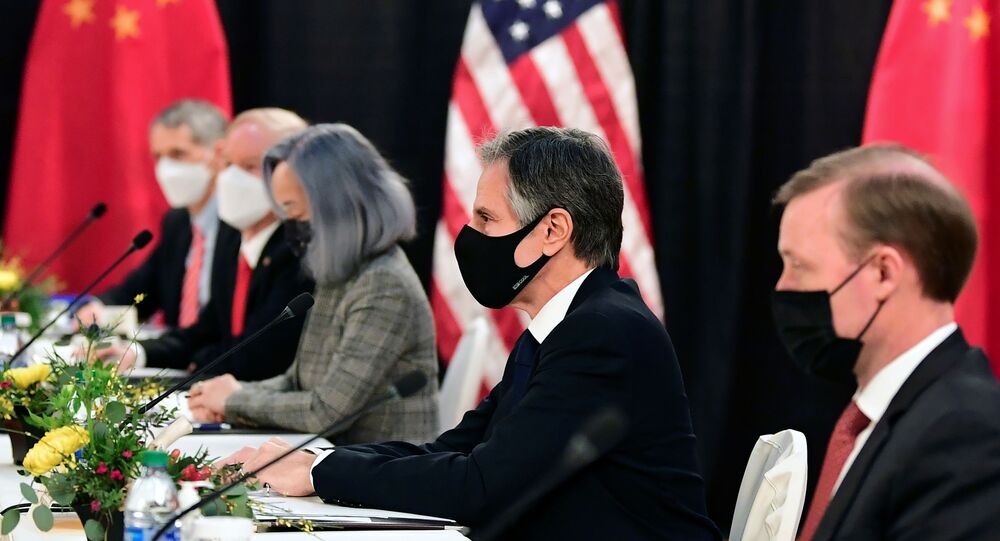 Blinken Says US Has to Deal With China, But Relationship Remains Complicated

WASHINGTON (Sputnik) - US Secretary of State Antony Blinken says the relationship between Washington and Beijing is complicated at all levels, which is a cause for unavoidable concern.

According to Blinken, the Chinese leadership is striving to make China the dominant country in the world. Blinken told CBS that over the past several years, China has been acting "more repressively at home and more aggressively abroad".

When asked about the possibility of a military confrontation with China, the US secretary of state emphasised that it is not in the interests of either Washington or Beijing.

"I think it's profoundly against the interests of both China and the United States - to - to get to that point [military confrontation], or even to head in that direction", Blinken said.

He once again reiterated Washington's concerns over the situation in the Xinjiang Uyghur Autonomous Region, as well as Beijing's economic policy.

"[US] President [Joe] Biden made clear - that in a number of - areas we have - real concerns about the actions that - China has taken, and that includes in the economic area, and that includes - the theft of intellectual property", Blinken said.

President Joe Biden has had a rocky start in his relationship with China, with officials from the two countries openly bickering before the media at a meeting in Alaska hosted by Blinken earlier this year.

While Biden has undone most of Donald Trump's executive orders on immigration, climate, and other matters, he has left intact the tariffs on China, indicating that his administration will likely use them in the future to pressure Beijing into making concessions on trade and other issues.