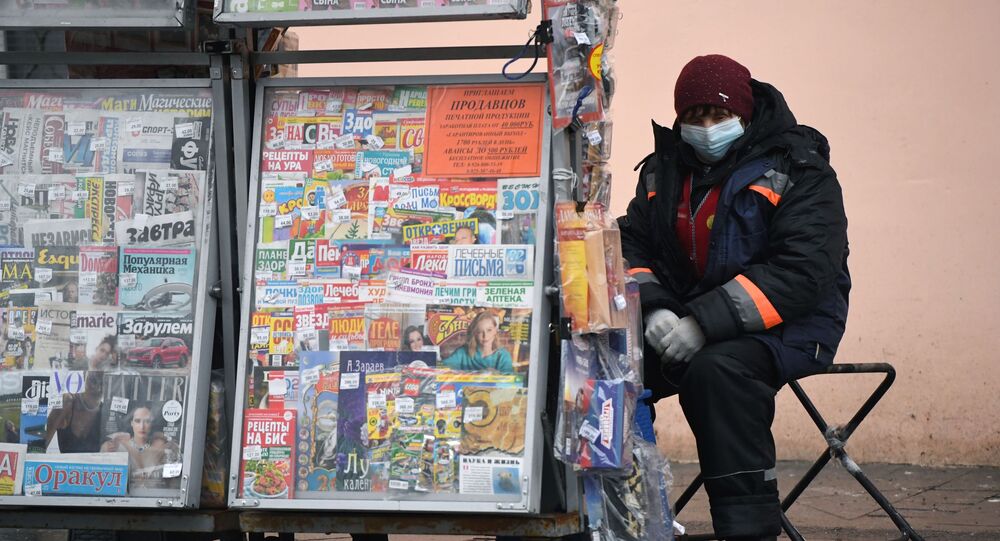 The coronavirus pandemic has paralysed economies and caused up to 3 million premature deaths worldwide, but has also become an integral part of the geopolitical confrontation between the US and its allies against its adversaries.

China and Russia are “using the COVID-19 environment to conduct information warfare aimed at undermining Western governments, attacking coalitions, and compelling economic and political outcomes in their favour,” the US Defence Intelligence Agency chief Scott Berrier has alleged.

Testifying before the Senate Armed Services Committee on Thursday, Berrier said “the evolving threat from the Covid-19 pandemic” had “major implications for our national security.”

He didn't elaborate on the “information warfare” claims, but did add on the subject of the coronavirus that the DIA would be looking to secure additional funding for its National Centre for Medical Intelligence at Fort Detrick, Maryland to continue gathering intelligence on the pandemic.

© AP Photo / Ng Han Guan
WHO Wuhan Mission Expert Advises Against Steep Reliance on US Intelligence on COVID-19
In addition to causing a global health and medical emergency, the coronavirus has long been used by some governments to justify repressive actions at home, and to blame other nations for their own organisational and pandemic response failures. The US and China have made back and forth allegations for nearly a year now accusing one another of purposely or accidentally releasing the SARS-CoV-2 pathogen. US officials have claimed that China has sought to cover up the pandemic, while Beijing has alleged that US troops may have spread it in the city of Wuhan during the 2019 Military World Games. Covid-19-related allegations have also come up amid Western claims last year that Russia, China, Iran, and North Korea sought to hack into Western research institutions to steal data on vaccine developments.

Back-and-forth claims of responsibility for the spread of the virus temporarily died down in the summer of 2020 after numerous media investigations discovered that Chinese, American, Canadian, and Australian scientists and academic institutions collaborated in bat coronavirus experiments at the Wuhan Institute of Virology, and contributed millions in grant money to the Chinese lab for bat virus research.

Mutual recriminations reemerged in March 2021, however, with the US and its allies accusing China of muddying the waters in a recent fact-finding trip to Wuhan by a World Health Organisation (WHO) team. The WHO investigators dismissed these claims and urged critics to read their report, which presented four possibilities on how the pandemic began.

© AP Photo
Taiwan Says 25 Chinese Air Force Planes Entered Its Air Defence Identification Zone on Monday
In his remarks before the committee, Berrier called China “the long-term strategic competitor to the United States,” and said that “as a pacing threat, [Beijing] poses a major security challenge,” particularly as it ramps up its military capabilities to enable it to “almost certainly…hold US and allied forces at greater risk and greater distances from the Chinese mainland.”

Calling Russia’s military “an existential threat to the United States,” and pointing to the country’s “growing ability to project power with long-range precision cruise missiles,” Berrier said Russian military leaders “are incorporating lessons from Russia’s involvement in Syria into training and exercises as they improve their joint forces.” He went on to accuse Moscow of seeking to “dominate its periphery through whole of state efforts.”

North Korea and Iran are other dangers to the US, the officer said, pointing to the former’s development of nuclear weapons and long-range missiles, and the latter’s “sophisticated military capabilities, broad proxy, and partner networks, and periodic willingness to use force against US and partner forces.”