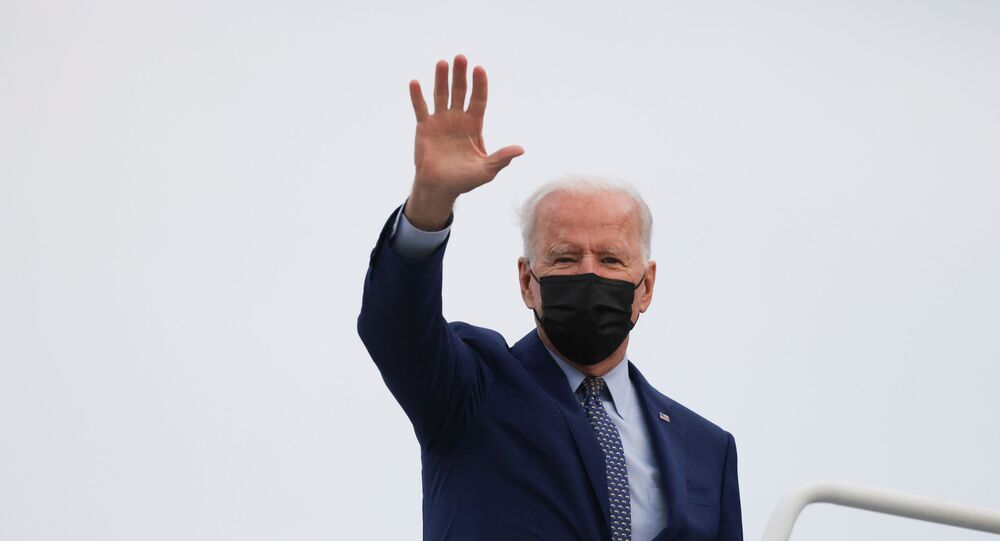 The man who was once the world's most notorious terrorist and who claimed to be the mastermind of the 9/11 attacks was killed in a 2011 SEAL team operation in Pakistan. His elimination, however, did not bring peace to the Middle East region, even after 20 years of the US fighting in Afghanistan and George W. Bush's launching of the "war on terror".

US President Joe Biden said that al-Qaeda* has been "greatly degraded" in Afghanistan after the United States announced its intention to withdraw all troops by 11 September 2021, 20 years after nearly 3,000 Americans were killed in the deadliest terrorist attack on US soil.

"[A]s we bring to an end America's longest war and draw down the last of our troops from Afghanistan, al-Qaeda is greatly degraded there. But the United States will remain vigilant about the threat from terrorist groups that have metastasized around the world", Biden stated.

Though al-Qaeda's influence in the country has faded, the Taliban is still very much active there, with many saying it is even more powerful than it was in 2001 - when US forces invaded Afghanistan. Clashes continue in Afghanistan between Taliban insurgents and the Afghan military, despite the launch of peace talks between the movement and Kabul in Doha, Qatar last September.

"We will continue to monitor and disrupt any threat to us that emerges from Afghanistan. And we will work to counter terrorist threats to our homeland and our interests in cooperation with allies and partners around the world", Biden added.

The president gave a speech marking the 10th anniversary of al-Qaeda leader Osama bin Laden being tracked down by the US in Pakistan, nearly 200 km from the Afghan border, on 2 May 2011. Biden served as US vice president in the Obama administration at the time, and praised the former president and intelligence services for their good work.

"We followed bin Laden to the gates of hell—and we got him", Biden said.

Pictures of bin Laden's body were never seen by the public, and he was reportedly dumped in the ocean after being eliminated.

It is, however, debatable as to what really fostered a certain decline of al-Qaeda, which in the 2000s was at its most dangerous and widespread. The terrorist group's influence was undermined by the rise of Daesh*, which actually emerged in 2004 from the remnants of al-Qaeda in Iraq. The group is said to have had an ideological feud with al-Qaeda's leadership.

Earlier this week, al-Qaeda pledged to continue its war against the United States "on all fronts unless they are expelled from the rest of the Islamic world", CNN quoted two operatives reportedly belonging to the group as saying.

The hunt for bin Laden was non-stop after the 9/11 attacks. Nine days after the tragedy, former President George W. Bush announced the beginning of his "war on terror".

"Our war on terror begins with al-Qaeda, but it does not end there. It will not end until every terrorist group of global reach has been found, stopped and defeated", Bush said in a televised address to a joint session of Congress on 20 September 2001.

Following 9/11, the CIA also developed its so-called "enhanced interrogation techniques", including the infamous waterboarding, or simulated drowning. The Department of Justice reportedly approved the techniques for use by interrogators under the Bush administration. The technique gained "popularity" among interrogators, who used them on purported terrorists alleged to be involved in the plotting of 9/11.

Meanwhile, Syria has on multiple occasions accused the US and its allies of using jihadist militants, including al-Qaeda's offshoot, to fight against the Syrian government, as the country has been engulfed in a devastating civil war since a 2011 uprising.

Following bin Laden's killing, ex-President Obama announced a reduction in the number of troops in Afghanistan but failed to conduct a full withdrawal, with the number of US forces in the country actually increasing from a little over 30,000 to more than 100,000 by 2011.

His successor, Donald Trump, tweeted that he wanted all American soldiers out by Christmas 2020 but his ambitions did not come to fruition.

The official number of American troops in Afghanistan is around 2,500, but media reports say that in fact, it is at least 1,000 more. NATO personnel deployed to the country amounts to around 7,000.

According to the US Defence Department, the wars in Afghanistan, Iraq, and Syria have cost US taxpayers more than $1.57 trillion since 11 September 2001.

*al-Qaeda, Daesh (also known as ISIS/ISIL/IS) are terrorist organisations outlawed in Russia and many other states