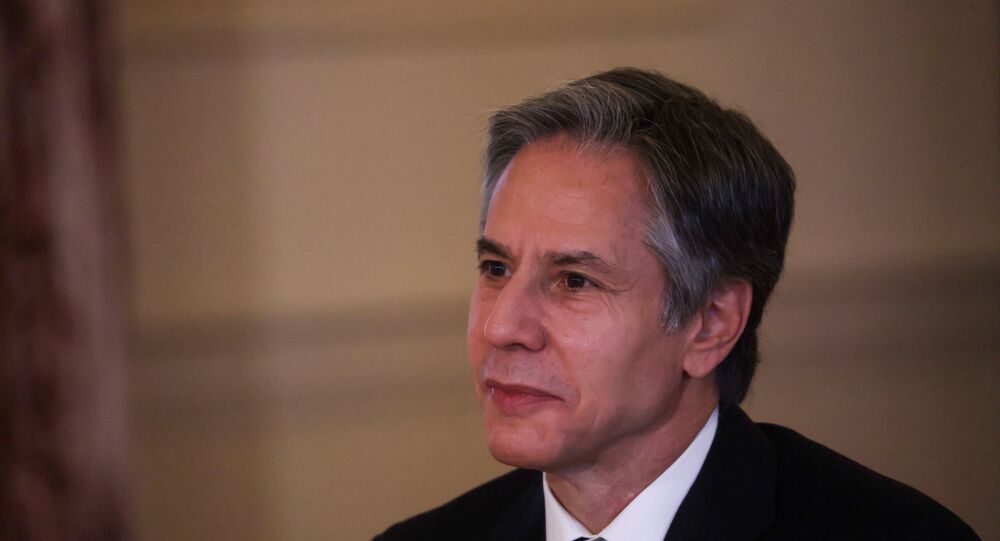 US, Russia Can Work on Mutual Interests if Moscow 'Chooses Not to Escalate', Blinken Says

WASHINGTON (Sputnik) - US Secretary of State Antony Blinken said that he does not know if Russian President Vladimir Putin has officially accepted an invitation to meet with his counterpart Joe Biden, but both sides are already discussing holding a potential summit.

Blinken also added that the United States and Russia can work on mutual interests such as strategic stability and extending the New START arms control treaty if the Russian president "chooses not to escalate".

"If he chooses not to escalate, then I think there are areas where we can work together out of our mutual shared interests," Blinken said. "For example, strategic stability, extended New START - there's more to be done in that area."

Biden had offered Putin to meet during the summer in one of the European countries. Expectations are that the summit may be held in early June during Biden’s first overseas trip as US president.

The Russian Foreign Ministry condemned earlier the latest round of US sanctions against Russia as running contrary to the interests of the two nations. In response, Russia banned eight US citizens from entering the country, including US Attorney General Merrick Garland, Secretary of Homeland Security Alejandro Mayorkas, Director of National Intelligence Avril Haines and FBI Director Christopher Wray.

© Sputnik / Press service of the Ministry of Foreign Affairs of the Russian Federation
'Schizophrenic Statements': Lavrov Questions Sanity of US Rhetoric on Anti-Russia Sanctions
The United States recently imposed sanctions on 32 Russian entities and individuals as part of a new round of sanctions over Moscow's alleged cyberattacks and other hostile acts against US interests. Washington also expelled 10 Russian diplomats from the country and prohibited US entities from purchasing Russian government bonds during primary placements.

On Sunday, Russian Foreign Minister Sergey Lavrov said Moscow has positively received US President Joe Biden's proposal to hold a summit with Russian leader Vladimir Putin, and it is currently being studied. The Russian top diplomat added that Moscow was still ready to take measures if Washington further escalated tensions in bilateral relations.