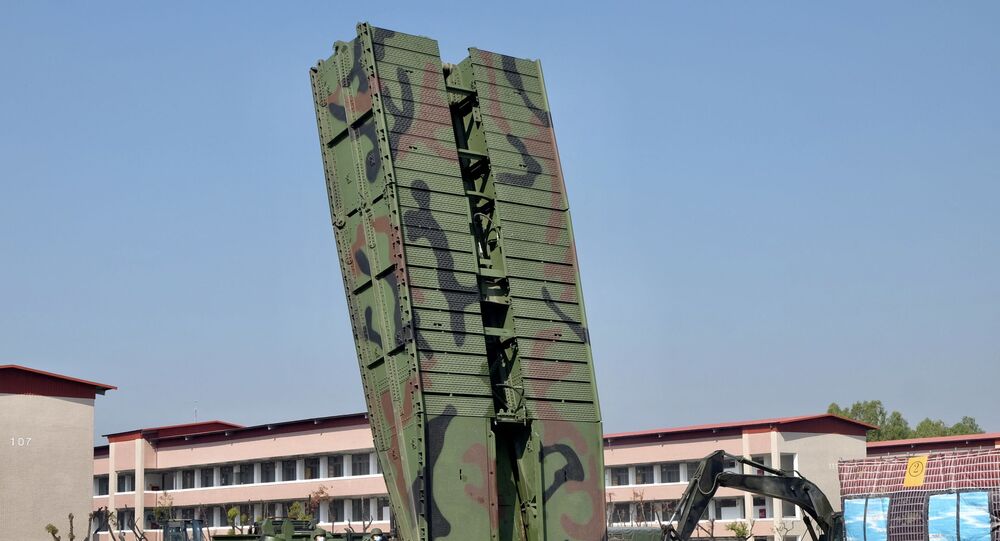 WASHINGTON (Sputnik) - The Biden administration should push ahead with significant arms sales to Taiwan to enable the island to defend itself against any military threat from China, Indo-Pacific Command head Adm. Philip Davidson said.

"Encouraging Taiwan's increase in capabilities is a very important approach. Consistent US arms sales to Taiwan [are] critically important," Davidson told an American Enterprise Institute podcast on Thursday, speaking from his headquarters in Hawaii.

Continuing US arms sales to Taipei were essential to enable Taiwan to maintain sufficient self-defense and deterrent capability to be able to "fight if they are called on," Davidson explained.

"I am deeply concerned about the next six years given the numbers of fighters, bombers, ships - the capability change - for the People's Liberation Army," Davidson said.

"[In recent missions] what the Chinese were showing was circumnavigations of Guam and the Marianas by ships and bombers offering a 360-degree threat by cruise missiles," Davidson told an American Enterprise Institute (AEI) podcast on Thursday. "Air and missile defense of Guam is my number one priority."

Speaking from Indo-Pacific Command headquarters in Hawaii, Davidson said he wanted a system like Aegis to conduct persistent 360 degree integrated air and missile defense from the so-called Second Island Chain nations and territories.

"We are not going to let Guam go without a fight. It is critically important. We are going to have to be able to fight for it. Missile defense is critical. ...The THAAD [Terminal High Altitude Area Defense] system there now is designed for a rogue shot from North Korea. A new system would help deter China," he said.

China's armed forces were already deploying increasing numbers of bombers and warships with the capability to circumnavigate US islands and bases across the Pacific and strike at them with missiles from all directions, Davidson added.