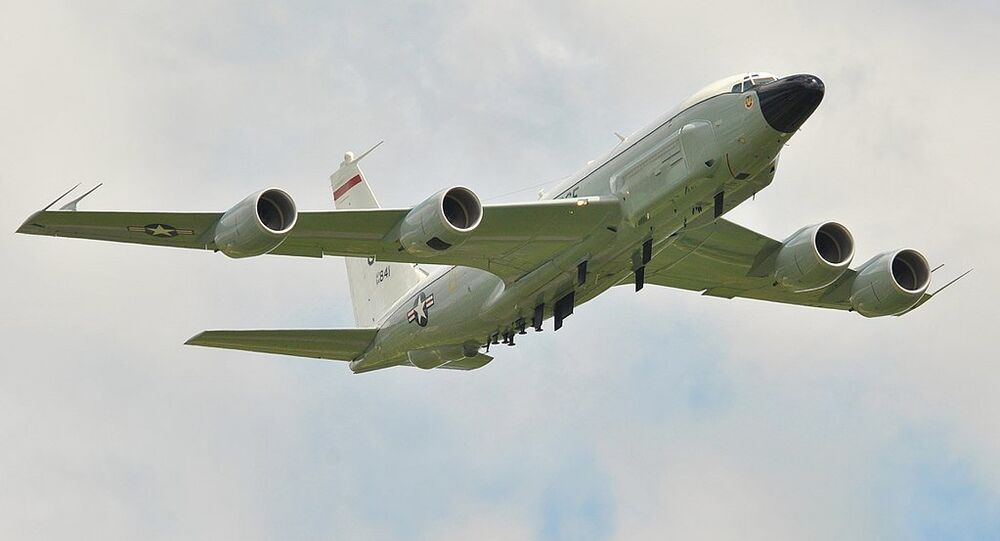 While US President Joe Biden has sought to distance himself from many of the domestic policies of his predecessor, Donald Trump, in the realm of foreign policy he has not strayed far, and in some cases, such as with China, he has adopted an even more bellicose rhetoric.

The US flew an unprecedented number of spy plane flights over the South China Sea in February 2021. The South China Sea Probing Initiative (SCSPI), a think tank connected to the University of Peking, recorded 75 US missions by both manned and unmanned surveillance aircraft.

According to data collected by the think tank, the vast majority of the flights were by P-8A Poseidon maritime patrol aircraft - Boeing 737 airliners modified in order to track and destroy surface and subsurface vessels - which flew daily.

75 US surveillance aircraft operated over the #SouthChinaSea in February, showing an uptick from the previous months.
Most of the missions were carried out by the Navy, whose P-8A flew on a daily basis. The operations of MQ-4C #UAV and CL-604 were also eye-catching. pic.twitter.com/GDwPfK9tcc

​In addition, the Pentagon is continuing to employ defense contractors for surveillance missions in the area. SCSPI noted, and other aircraft tracking pages have confirmed, that a CL-604 Bombardier Challenger business jet flown by Tenax Aerospace Corporation flew over the South China Sea as recently as February 25. SCSPI has described the CL-604’s modifications as turning it into a “simplified version” of the Poseidon.

​SCSPI noted that February 8 saw the most flights in a single day, with six surveillance craft being spotted. This was also the day before the US Navy held dual-carrier exercises in the South China Sea with the battle groups from the USS Theodore Roosevelt and USS Nimitz participating.

In all, SCSPI recorded 75 surveillance flights by the US over the South China Sea in February. This is an increase of five missions from the 70 observed in January. The think tank noted its records are based on data from automatic dependent surveillance-broadcast (ADS-B), a satellite-based navigation system used by aircraft that might not account for still-more-secretive missions.

The US has dramatically stepped up its military patrols through the South China Sea in recent years as it inserts itself into a regional dispute over territorial claims on the tiny islands that dot the waterway. China’s claims are by far the largest, constituting the majority of the South China Sea, but substantial and overlapping claims have also been made by Vietnam, the Philippines, Taiwan, Malaysia, and Brunei. Many of these nations have taken measures to expand and fortify the small islands, including dredging up seafloor to raise reefs above the high tide line.

The US State Department rejected most of China’s claims over sea lanes in a July 2020 declaration, and the US and its allies continue to perform “freedom of navigation operations (FONOPS)” through the areas claimed by China and increasingly also by Vietnam. The operations aim to demonstrate disdain for the claims, but in fact they create tense situations in which Chinese ships and aircraft exchange terse demands with their American counterparts, which claim Chinese actions are aggressive.