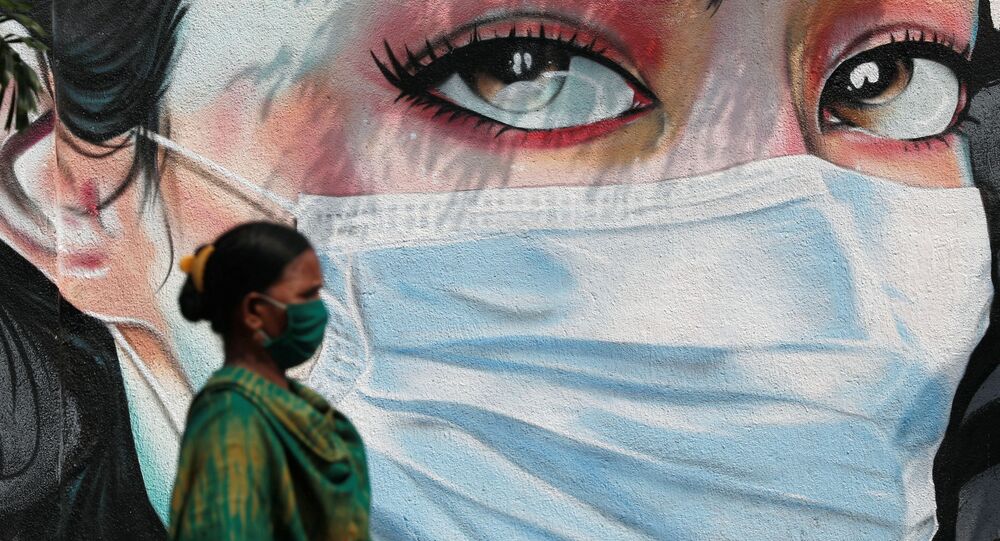 India, the world's second-worst hit country, has seen a significant drop in new COVID-19 cases almost two months after nearly hitting the 100,000 mark. As India with its 7.7 million cases trails the US (8.3 million cases), health experts warn of a tsunami of new cases amid festivities and jam-packed political rallies.

The recent trend of declining COVID-19 cases in India shows the country has likely turned the corner in terms of key coronavirus parameters - active cases, deaths, and positivity rate.

Despite the decline, India has so far this week continued to record a daily average of more than 50,000 infections. The Indian Health Ministry said on Friday that the active caseload was below 700,000 for the first time in two months (63 days). At present, there are 695,509 active cases in the country, comprising merely 8.96% of the total.

India hit its first COVID peak in September, with a burgeoning spike of almost 93,000 new cases daily. While the possibility of a second wave cannot be ruled out, one question remains: will India see a harsher and stronger COVID burden as the fallout from festivities, winter pollution, and jam-packed political rallies?

Doctors warn if people throw caution to the wind and slip up during festivities, it will come with a heavy price tag for the nation.

Speaking to Sputnik, Randeep Guleria, director of India's premier hospital and medical research facility AIIMS, said the country is going to witness a spike in the number of cases in the coming days due to the most celebrated festive seasons approaching.

"Despite the government making all the efforts, it is now down to the public to follow the rules and avoid gatherings. Our biggest festival is around the corner but we must not forget that we are in the middle of the pandemic", said Guleria, adding people seem to be forgetting this detail.

Meeting for reelection of Com. Sudama Prasad (Sikarhata, Tarari). With every passing hour, the momentum is growing in Bihar in favour of the Mahagathbandhan. NDA was hoping to steal the polls in Covid times, but Bihar has turned it into a people's upsurge. #बदलो_सरकार_बदलो_बिहार pic.twitter.com/qhtZgQBbqU

Festivities Could Have Fatal Consequences

The defiance of coronavirus rules is beginning to be reflected in political rallies in Bihar, where thousands of people amassed in grounds exposing themselves to the danger of infection.

Professor K Srinath Reddy, president of the Public Health Foundation of India, said his compatriots need to be careful as festivals and similar gatherings can turn into a super-spreader event.

"There are more challenges with this virus as it started with big cities and it is now penetrating to smaller towns in rural areas. There will be different calendars of spreading for the virus. The virus is receding but cases will continue to increase due to the mobility of people", Reddy told Sputnik.

He adds that India is not out of the woods yet.

"We do not have to pray in public in a boisterous fashion. Devotion is not determined by boisterous public exhibition. The idea of festivities is to pray for better health and the future of loved ones. What would be the point of praying if festivities turn fatal?", he said.

Dr P.K. Rajagopalan, former director of the ICMR and recipient of the nation's highest civilian award, believes that the pandemic is not going to die down soon in India as subclinical infections remain unnoticed by authorities despite efforts to the contrary.

"In any viral infection of the corona type, there are waves of infection as happened in countries like the US, Britain, Italy, etc. The same will follow in India. The immunity level (not much is being studied by the authorities) has yet to peak, so that there are [people] less susceptible in the community", Rajagopalan told Sputnik.

Virologist Shaheed Jameel also cast his doubts upon India's declining COVID cases, but agreed that the country has bent the curve, as it appears from the "available data".

"The reason for India bending the curve could be due to increased use of rapid antigen tests which are less sensitive and secondly as more outbreaks in villages and rural districts making it slow down due to lower population density than cities", Jameel explains.

As of 22 October, India had tested 100 million people, per the ICMR, and more than 1.1 million have been tested daily on average as of this month. However, almost half of these were rapid antigen tests, which have been discontinued by several countries due to inconsistencies in results.