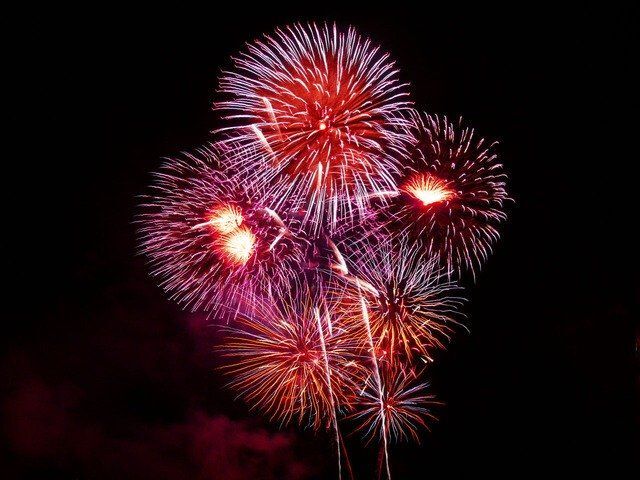 Firecracker businesses in India have been struggling since 2016 when the country's supreme court banned their use during the festive season because of environmental pollution. Now the firework industry, already in the doldrums thanks to the court’s 2016 decision, is facing further contraction because of the Covid-19 pandemic.

Delhi’s fireworks wholesaler Nikhil Kaushik had high hopes for this festive season. He had dreamt of his business returning to full financial health since environmentally friendly bangers are now available in adequate supply.

Roughly four years since India's Supreme Court imposed a ban on traditional firecrackers made of barium nitrate which causes pollution, the green non-polluting crackers made of a substance developed by the National Environmental Engineering Institute are in good supply.

However, Covid-19 came along just as the industry thought it was set to recover.

Traders say that the pandemic has taken the fizz out of the business. They say customers are not coming forward to buy crackers even though Diwali - the festival of lights when people burst firecrackers as part of the festivities - is less than a month away.

Firework-sellers used at this time of year, to be extremely busy in the run-up to Diwali. But last year, because of the court's ruling and also because there weren't adequate supplies of green crackers, customers were limited in what they could do.

But traders are having a tough time this year too.

Kaushik, who had only had a couple of customers visit his shop by Tuesday afternoon, told Sputnik that sales has fallen 50 per cent despite a wide variety of fireworks being available.

He added that because of Covid-19, there is very low demand. In previous years people would have started stocking up on fireworks for Diwali a month ahead of the festival.

The Hindu festivities in India begin in the month of October with the Dussehra celebrations lasting 10 days. Thousands of effigies, full of firecrackers, are usually burnt during this festival.

“However, the sales have fallen by half. Also, the regular customers - such as those who organise demon king Ravana’s effigy to be burnt at the Dussehra festival and therefore need a lot of fireworks, are also not making purchases this time. It is because restrictions have been imposed on Dussehra celebrations too."

"Because of Covid restrictions, there is no demand from Dussehra committees, resident associations and other such customers who used to order fireworks in bulk for effigy burning," Kaushik added.

Another wholesaler Subhash in Gurugram, a city which shares border with the national capital New Delhi, also admitted: “This time there is no sale.”

Subhash echoed similar worries: he said the traders had been looking forward to a pick-up in their business but the pandemic had emerged as another challenge.

© REUTERS / NIHARIKA KULKARNI
Festive Spenders Bring India's Businesses Back to Life After Covid Gloom
"The firework business has been in collapse ever since the end of 2016. However, this year, we were confident that business would pick up as environmentally friendly crackers, according to the court's specifications, are in good supply. But Covid has spoilt everything," Subhash added.

He also admitted that business is down by almost 50per cent to 60 per cent compared with what it used to be four years ago.

"Earlier, firework enthusiasts would travel more than 100kms to come to Gurugram to buy our products. People from such far-off states as Rajasthan and Uttar Pradesh would come to buy crackers from us. All that has changed now," he added.

Ram Naresh, another fireworks seller, said he is hopeful that sales may pick up before Diwali on 14 November. But he is still heaving a sigh of relief because the shop at least is allowed to open after the lockdown phase. "I have faced a tough time like many others in the business. With a ban on sales as the matter was under litigation, I was jobless at home for at least one-and-a-half years. We were really hopeful this year as green fireworks with non-polluting chemical foundation reached the market. Covid has spoilt the market, but at least we are able to open the shop," Ram Naresh said.

In 2015, a petition in India's Supreme Court against firecracker pollution was filed in the capital.

Immediately after Diwali in 2016, the Supreme Court imposed a ban on sale of crackers, which was lifted in 2017 only to be reimposed ahead of Diwali in the same year.

© REUTERS / RUPAK DE CHOWDHURI
COVID Dampens Ganesha Festivities: Idol Sculptors Left in Lurch Over Celebration Curbs in India
In 2018, just a week before Diwali, the court allowed green crackers. However, they could not be produced for use in the festival that year because permission had been granted at the last minute and there had been no time to build supplies. In 2019, a very limited variety of the green crackers was produced.

All this has meant massive disruption for the firework industry.

An executive at a premium firework-making brand told Sputnik on condition of anonymity that the pollution litigation has almost halved the size of the organised firework industry, and completely devastated the unofficial sector.

"The country's firework industry was valued at $246 million. It had halved because of the litigation. With the pandemic, it would be reduced to almost a quarter of its original valuation. Almost equivalent was the size of the unofficial industry, which has now been completely wiped out," said the executive.

He claimed that almost 10 million people in the firework industry have been affected because of the combined effect of litigation and the Covid pandemic.