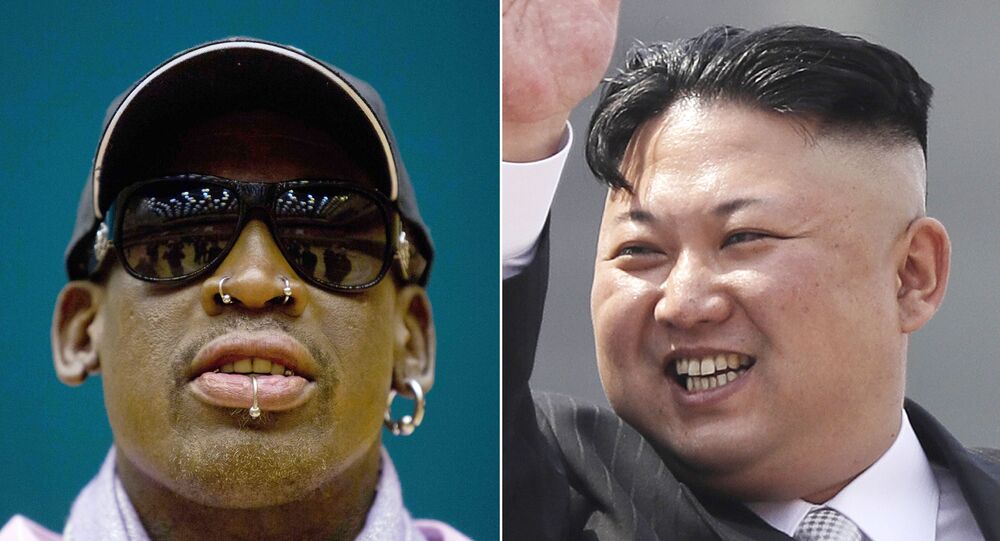 Donald Trump revealed in his radio interview on Thursday that he once thought about making basketball superstar Dennis Rodman an envoy to North Korea “to get to know” Supreme Leader Kim Jong-un instead of professional diplomats, who he said didn’t have the necessary “chemistry” with the leader of the Democratic People's Republic of Korea.

The comment was made when the Fox Sports Radio host asked Trump whether his conversations with Kim, whom he met three times, ever involved basketball, knowing the supreme leader’s interest in the sport. Trump then assured the prorgamme’s listeners: “Well he really does like Dennis Rodman."

“I always said Dennis would be better than some of these stiffs that they used to send to get to know him,” he then revealed to the surprise of many. "They send these people over and they went to Harvard and were great students... but they have no chemistry whatsoever.”

“And I said we should maybe use [Rodman] instead of somebody who graduated number one at Harvard. Maybe we should use that, I thought about that,” Trump continued, while dubbing the former Bulls player as a “good guy”.

During the interview, the President also credited his administration for a “good relationship” with North Korea, imagining what "horrors" could have occurred had Hillary Clinton come to power.

“You would have been in a war. It's sure as you're sitting there. And you would've had a war that would have been a really bad one. A lot of nuclear weapons, a lot of bad things would have happened," Trump insisted.

Rodman, 59, first visited North Korea in 2013 as part of a basketball exhibition tour in a role of international goodwill ambassador – a visit that was deemed controversial by many because of the strained relations between the two countries at that time. The former basketballer, who once played for Detroit Pistons, Los Angeles Lakers and Chicago Bulls, made several more “ice-breaking” visits to Pyongyang in the next few years, while describing Kim Jong-un as a “friend for life”.

The five-time NBA champion has also recently detailed his first meeting with the North Korea leader during Mike Tyson's "Hotboxin'" podcast, by revealing that the two partied hard with karaoke, vodka and “some hotties”.