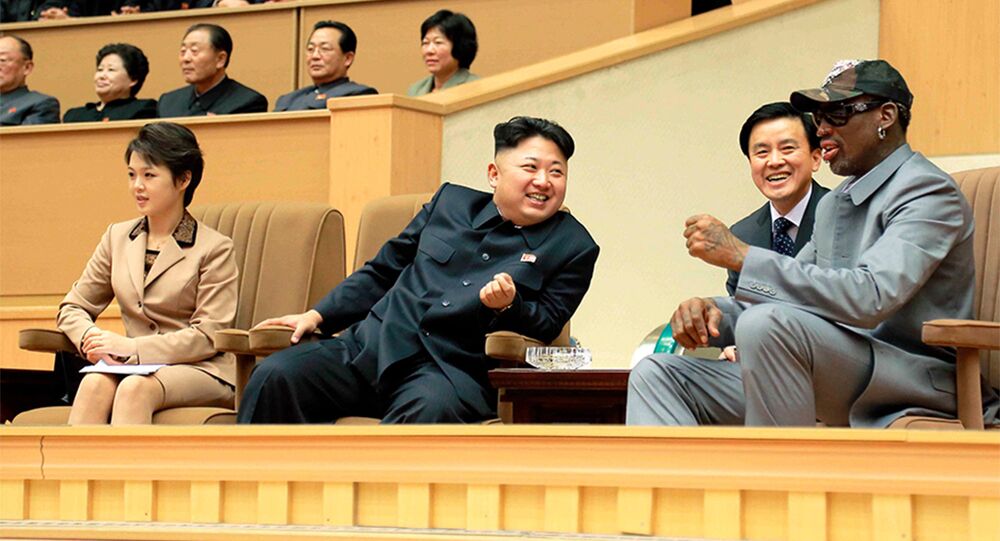 Rumors about Kim Jong un's alleged health issues started to circulate about a month ago, after the North Korean leader did not make an appearance at a certain key political event honoring his country's founder.

Former American pro-basketball player Dennis Rodman, who made headlines several years ago by striking a somewhat unlikely friendship with North Korean head of state Kim Jong-un, has recently offered his own take on the rumors surrounding Kim's whereabouts.

When British journalist and “Good Morning Britain” presenter Piers Morgan asked Rodman via a video call about all the talk related to Kim's health, Dennis told him what he should keep his eye on.

Rodman further insisted that Kim's sister is “next in line”, and therefore, her running things in the country would be an indication that something is amiss with Kim Jong-un.

Earlier this month, Rodman also revealed some details about his first meeting with Kim Jong-un and how they partied together back then.

Claims and speculations about Kim Jong-un’s alleged illness or even death emerged in mid-April after he failed to attend the anniversary of his grandfather's birthday, a key annual political event in the nation.

These rumours, however, were dealt a serious blow after Kim was apparently seen attending the opening ceremony of a new fertiliser plant, though that event quickly sparked conspiracy theories about Kim's alleged body double.