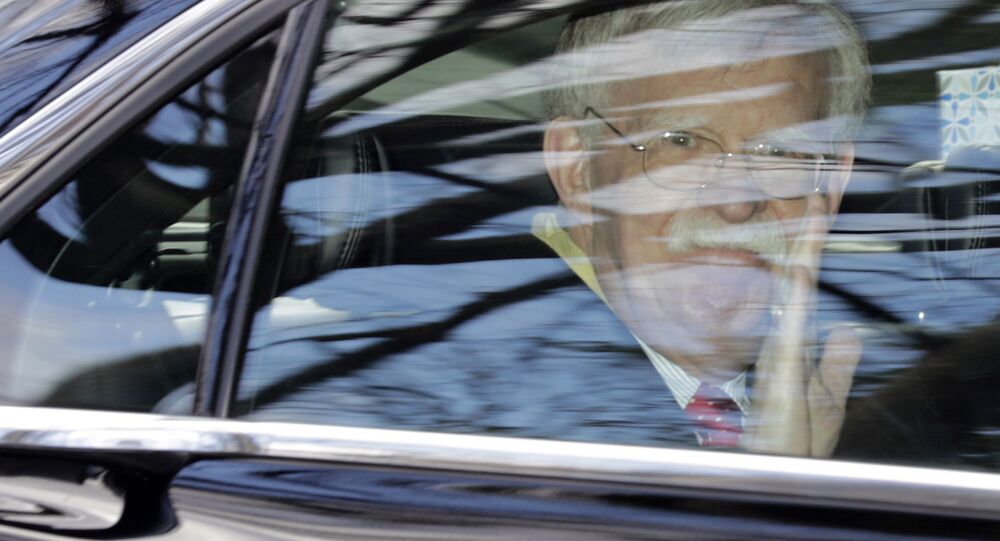 US President Donald Trump slammed what he branded "the discredited @nytimes" on 1 July over a story published the previous week about Russia allegedly paying Taliban-affiliated militants to kill US and other coalition troops serving in Afghanistan, reiterating he had not been briefed on whatever information agencies may have had on the issue.

Ex-national security adviser John Bolton has dismissed the claim made recently by Donald Trump that he was not briefed about intelligence reports suggesting Russia could have paid bounties to Taliban-linked militants to assassinate US and coalition troops in Afghanistan.

Speaking on Sunday talk show “Face the Nation” to promote his new tell-all book, "The Room Where it Happened”, set to be released Tuesday, Bolton said that it was “just not the way the system works”.

He was referring to an earlier statement by US national security adviser Robert O’Brien, who claimed a CIA official tasked with briefing the president had decided not to tell him about the report because it was “unverified intelligence”.

“All intelligence is distributed along the spectrum of uncertainty. And this intelligence in 2020, by the administration’s own admission, was deemed credible enough to give to our allies. So the notion that you only give the really completely 100% verified intelligence to the president would mean you give him almost nothing. And that’s just not the way the system works,” said Bolton, adding that any decision to withhold intelligence from the president would “certainly not” be “made only by the briefer”.

According to Bolton, whose book claims to offer a behind-the-scenes glimpse at his tenure at the White House, a decision pertaining to such reports, in his time, would have been made by “the director of national intelligence, the director of the CIA, myself and the briefer together”.

While not offering a comment on whether he knew or didn't know about the “intelligence” report in question, refusing to “disclose classified information”, Bolton added:

“What was made public in 2018 … was Russian assistance to the Taliban, and that’s been known for some time… What is particularly troubling, if true, is this latest information that they were … providing compensation for killing Americans. And that is the kind of thing that you go to the president on and say, “Look … we may not know everything on this, but a nuclear power is reportedly providing bounties to kill Americans.”

In a story run by The New York Times on 26 June which cited anonymous sources, it was claimed that Russia had secretly offered "bounties" to Taliban-affiliated militants to assassinate US and coalition troops in Afghanistan. The report also claimed, citing unnamed "officials", that President Donald Trump, in February, had received a written briefing on the issue, described in the report as "intelligence".

In response, the White House dispelled claims that Trump had been briefed on the reported allegations, slamming The New York Times for producing a "false" report.

Donald Trump subsequently proclaimed the “Russia bounty” story as possibly "another fabricated Russia Hoax", adding that neither he nor Vice President Mike Pence had received a briefing on the issue as the US intelligence community had said the allegations were not verified or substantiated.

​The Russian Foreign Ministry has also condemned the allegations made by The New York Times as "nonsense" and "false", suggesting that certain elements of the US intelligence community might be seeking to torpedo efforts to make peace with the Taliban being implemented by the Trump administration.

​The Taliban also refuted the reports of its activities allegedly being related to any intelligence entity or foreign country.