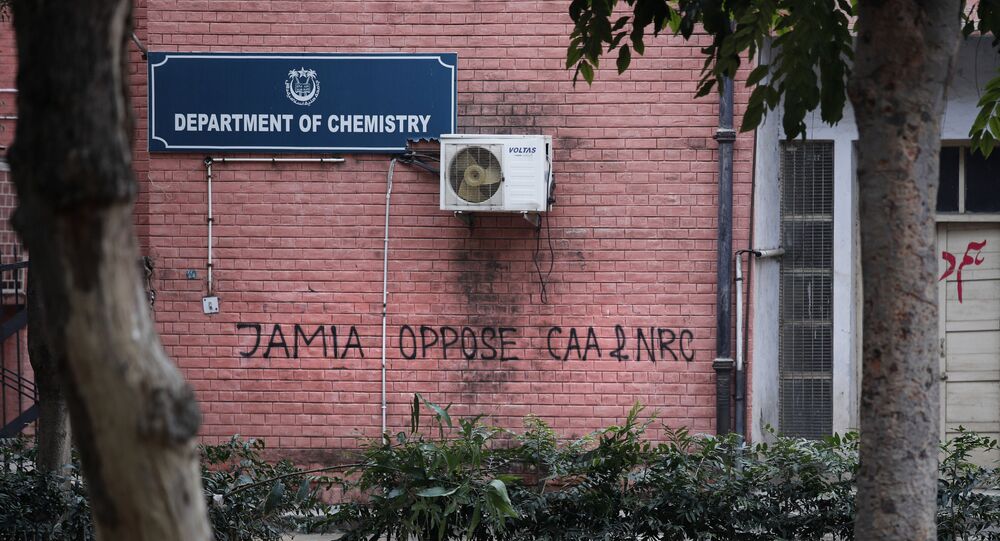 New Delhi (Sputnik): India produces six million graduates every year in several disciplines but different surveys and industry bodies say only 30 percent of them are fit for employment. As the COVID-19 crisis has disrupted the traditional classroom model, some say that a tectonic shift in education is needed.

As the country debates high unemployment rate due to the coronavirus pandemic, the issue of unskilled graduates remains missing from the discourse despite being a prime factor in inducing "jobless growth".

Data published by hiring consulting organisations and industry bodies claimed that 70 percent of Indian graduates and 90 percent of engineers are unfit for employment.

However, as the effect of COVID-19 has extended beyond disrupting students' exam time, universities and colleges have started to transform the syllabus to online and practical learning rather than the redundant classroom-based model, according to Dr. Ravi Dhar, dean and professor of the international management school in Delhi JIMS.

“The new mode of learning will now make it necessary for people to go in for exercising, focusing not just on theory, but also on the application of theory to life,” Dr. Dhar told Sputnik.

India, which has almost half of its population under 25, has more than a thousand public and private universities. A majority of them were already using the integration of digital-educational interactive in the traditional learning system. However, colleges are now focusing on holding e-lectures, conducting webinars and designing e-courses for students.

© REUTERS / AMIT DAVE
As Indian Schools Kick Off Online Classes for Kids, Parents Struggle to Get Past Technology

Dr. Dhar points towards structural and logistics problems in this approach as people are often unable to move away from their comfort zone.

“It is a shift of an ecosystem that is happening which is inevitable and when ecosystems change – the logistics change and the structures changes,” he adds.

“Online seems to be the default mode of education, at least in the immediate future. Adapting to changes, the admission process is now being based on video responses to the questions posed.”

Digital Divide is a Myth

The abrupt shift from classroom learning to e-learning has raised concerns over a digital divide between “haves and have nots”.

Indian government that aims to provide broadband connectivity to all the villages by 2022, stated earlier this January that internet subscribers in the country had reached at 665 million with 165 percent growth from 2014. However, data from the National Sample Survey on Education, indicates that just 11 percent (4.4 percent rural and 23.4 percent urban) households own computers while less than 15% of households in rural India have the internet as compared to 42% of urban households.

Dr.Sushila Madan, professor at Delhi’s Lady Shri Ram College who is also doing social work at the grassroots level, said that the percentage of students not having access to technology is considerably low.

The government of India has already launched schemes like the eVidya programme, NPTEL (National Programme on Technology Enhanced Learning), Swayam – acronym for "Study Webs of Active-Learning for Young Aspiring Minds" which is national-wide online course platform, to provide multimode access to digital education.

“I have been working in the remotest area of India, from villages of Jharkhand to Uttrakhand, it would be right to say that most of the people own smartphones and have access to 4G technology. There is a low percentage of people who are deprived to access to technology," said Dr. Madan.

She says that it is also the responsibility of the management of those institutions to provide the infrastructure to the weaker section.

In the absence of equipment and low internet connectivity, there are certain applications which let the host provide its own internet speed from the remote location to the user, said Madan who says that it is a myth that rural areas do not have the technology, it is just the absence of information.