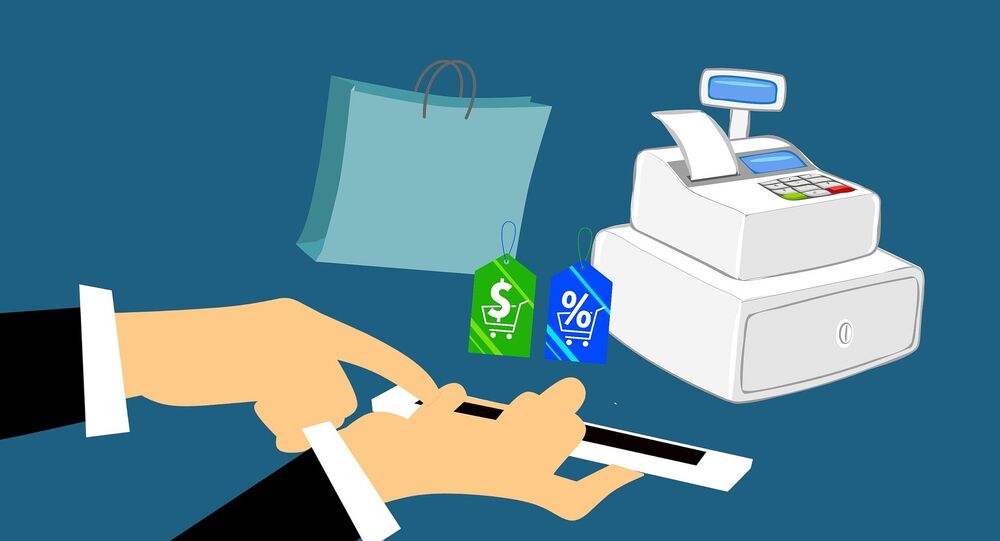 New Delhi (Sputnik): Accounting for 58 per cent of the world population, over 4.48 billion global citizens emerged as “digital natives” in 2019, all connected through the Internet. Now, as the world is embracing hand-held smartphone technology, India seems to be keeping pace quite competitively.

For India, the process of digitisation was kick-started in 2016, after Prime Minister Narendra Modi demonetised currency notes of Rs. 1,000 ($14 approx.) and Rs.500 ($7 approx.) that comprised 86 per cent of the total banknotes circulating in the country, to stem corruption.

At the time, banks and ATMs quickly ran out of cash, leaving urban Indians with no other choice than to activate their online banking and smartphone apps to facilitate digital transactions for day-to-day use.

According to a recent report by Indian firm Razorpay, usage of Unified Payments Interface (UPI) systems, grew by a whopping 442 per cent between 2018-2019 in the National Capital Region (NCR) and Delhi alone, indicating the positive status of its country-wide adoption.

The mobile-only UPI is an instant real-time payment system regulated by the Reserve Bank of India (RBI) that allows India's 493 million internet users to process immediate inter-bank money transfers. After being launched in 2016, the system saw transactions worth $19 billion through March 2019.

US-based tech giants Google and Amazon also facilitated UPI-based digital payments in India with their apps that have registered over 100 million downloads on Google PlayStore.

© AP Photo / Cliff Owen
Hungover on India: Amazon's Jeff Bezos Announces New Electric Rickshaws for Parcel Deliveries
In the past years, India replaced the US to become the second-largest smartphone market in the world after China. By the end of 2020, the total number of mobile users in India was estimated at 299.24 million.

Now, as part of its "Digital India" initiative, the government is stimulating people to explore more daily-use cases of the multi-functionality of smartphones. Prime Minister Modi aims to create a Cloud-first approach towards digitally transforming the country.

For the first time next year, for the population census, Indians will be allowed to self-enumerate themselves online by logging-in with a one-time-password (OTP) sent on their respective numbers.

Smitten by advanced technologies, the Government of India is aiming to incorporate digital means across multiple sectors in the country.

On 1 January, the RBI launched a special mobile app to assist visually challenged Indians in identifying currency notes, even without an internet connection.

Tech giants like Microsoft, Amazon, Facebook and Google are educating government employees, urban, as well as rural Indians on advanced as well as every-day technology use-cases.

As part of its vision to provide a "One Government" experience to citizens, the Modi government is building the "India Enterprise Architecture (IndEA)" – that would function as a digitisation solution for cashless, paperless and faceless services powered by Artificial Intelligence (AI)-driven Cloud technology.

Along with the nudge from the government to adapt to digital living, another major reason why India is progressing tech-wise is its largest population of tech-savvy millennials in the world.

Chinese tech player TCL recently said that according to their data, the rate of "new technology adoption" in India is the highest in the world.

In 2020, Indians are likely to spend nearly $45.7 billion on internet-enabled devices and services.

To tackle the issue of cyber-threats, the Modi government is taking measures like introducing the "data protection bill" which will classify information as personal, sensitive or critical, restrict cross-border data transfer and require data storage within the country.