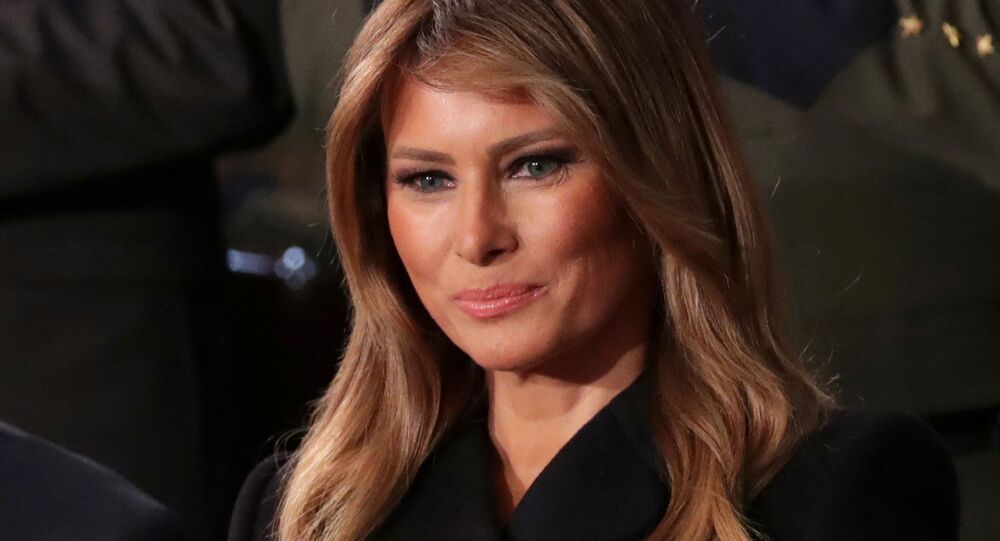 "The United States was praying for their speedy and full recoveries," according to a White House readout of the conversation.

The First Lady also reaffirmed that the United States “stands together with the United Kingdom in the fight to defeat the coronavirus pandemic”.

The two women expressed optimism that the United States and the United Kingdom “would get through this difficult period and emerge stronger than before.”

Earlier, Donald Trump had extended an offer of help to the UK Prime Minister when he was first taken to the central London medical facility, saying at a White House press conference:

"We'll see if we can be of help. We've contacted all of Boris' doctors, and we'll see what is going to take place, but they are ready to go."

Boris Johnson and Carrie Symonds, who announced on 4 April on Twitter that she had been bedridden with COVID-19 for a week but was “on the mend” and feeling “stronger”, are believed to be recovering at the Prime Minister’s country residence Chequers in Buckinghamshire, where his 32-year old fiancée took the call, writes The Sun.

Earlier, Johnson, 55, spent three nights in intensive care a day after being rushed to London’s St Thomas' hospital on 5 April after his coronavirus symptoms, including a cough and a high temperature, persisted unabated.

At the time, official reports said he was not put on a ventilator but continued to receive “standard oxygen treatment”.

Johnson was discharged on 12 April after his condition improved, with the Prime Minister expected to take some time to recuperate.
First Secretary of State Dominic Raab, who is deputising for the Prime Minister while he recovers from the virus, announced on 15 April that the UK’s lockdown would continue for at least another three weeks into May.

"We have just come too far, we’ve lost too many loved ones, we’ve already sacrificed far too much to ease up now, especially when we are beginning to see the evidence that our efforts are starting to pay off,” Raab told reporters.

"Any change to our social distancing measures now would risk a significant increase in the spread of the virus," added Raab.

Originally, the measures triggered by the spread of the COVID-19 novel respiratory disease were announced on 23 March for a three-week period.

On Wednesday a YouGov poll found 91 per cent of Brits support extending the coronavirus lockdown measures for three more weeks, with 67 per cent saying they strongly support it.

​There are currently over 104,100 registered COVID-19 cases in the UK, with 13,700 people having died of the respiratory disease, according to data from the Johns Hopkins University.