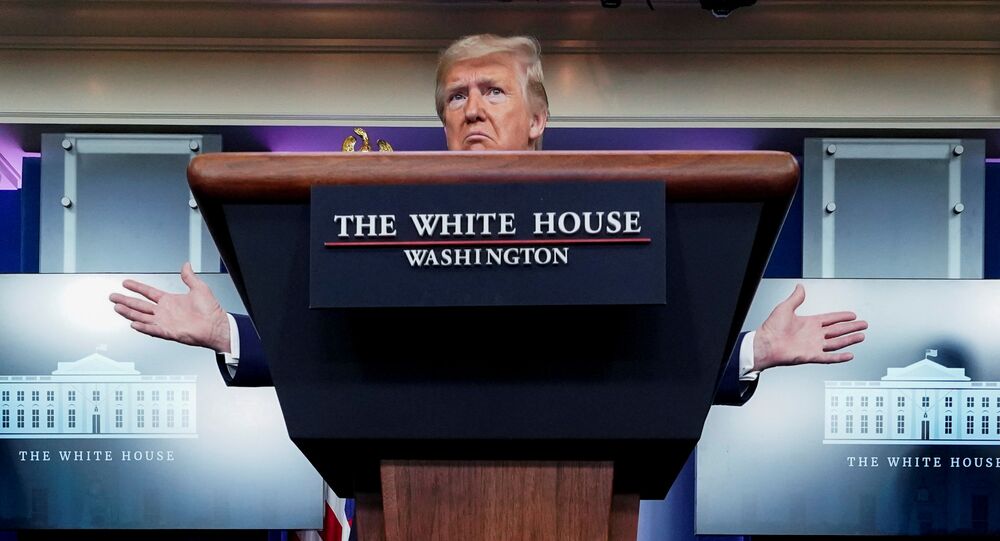 New Delhi (sputnik): Despite several attempts to resolve niggling trade issues, the US and India are yet to sort out their differences mainly over tariffs on goods and services. The threat of retaliation on Monday by US President Donald Trump is another attempt to highlight the differences over trade relations between the two strategic partners.

India's former Minister of State for External Affairs Shashi Tharoor has slammed the US President Donald Trump over his threat of “retaliation” against New Delhi if a ban on the export of an anti-malarial drug is not reversed.

“Never in my decades of experience in world affairs have I heard a Head of State or Govt openly threatening another like this. What makes Indian hydroxychloroquine 'our supply', Mr President? It only becomes your supply when India decides to sell it to you", said Tharoor.

Never in my decades of experience in world affairs have I heard a Head of State or Govt openly threatening another like this. What makes Indian hydroxychloroquine "our supply", Mr President? It only becomes your supply when India decides to sell it to you. @USAndIndia https://t.co/zvSPEysTNf

On Monsay, ​Trump stated that New Delhi could face consequences if Indian Prime Minister Narendra Modi doesn’t lift the ban imposed on the export of hydroxychloroquine – an anti-malarial drug touted by the US president as a "game changer" against the coronavirus.

“I don't like that decision. I didn't hear if that was his decision. I know he stopped it for other countries", Trump said, referring to the Indian prime minister. “I would be surprised if he would, because India does very well with the United States, for many years they've been taking advantage of the United States on trade".

"If [Modi] doesn’t allow it, that would be okay. But of course there may be retaliation. Why wouldn't there be?", added Trump.

India, one of the largest manufacturers of hydroxychloroquine in the world, imposed a ban on the export of the drug on 4 April but dropped it on Tuesday, stating that after confirming the availability of drugs and pharmaceuticals for the people of India, the restrictions have been largely lifted.

Trump has called India a tariff king on several occasions and during a two-day visit to India in February this year he admitted: “We know the problems. We are being charged a large number of tariffs. If they want a deal with us, they will agree. There will be a deal".

Bilateral trade between India and the US is currently estimated to be more than $140 billion. Last year, after the revocation of the Generalised System of Preferences (GSP) by the US, $5.6 billion worth of Indian exports were affected.