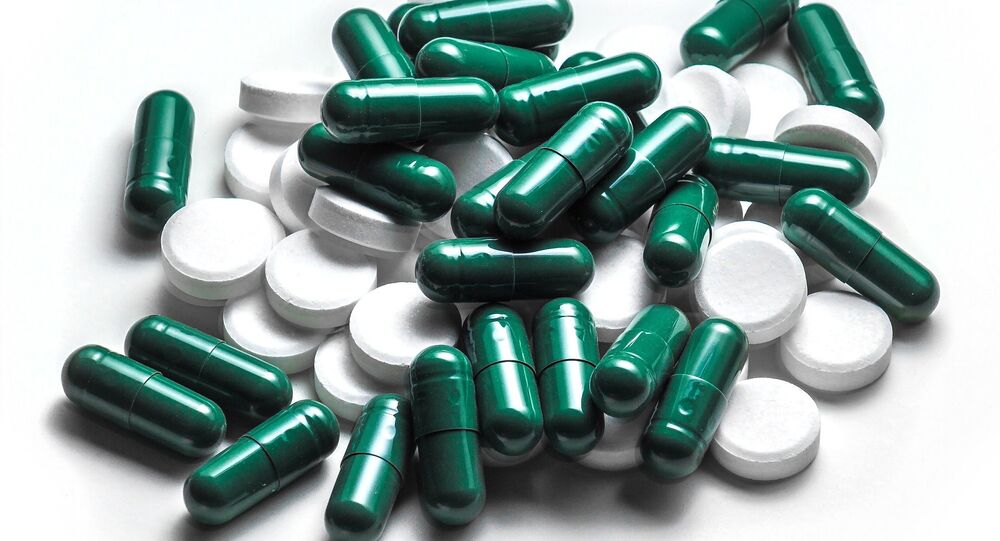 New Delhi (Sputnik): Apart from US President Donald Trump’s request to India, 30 other countries have asked for the supply of hydroxychloroquine, a malarial drug, to treat COVID-19. Despite a ban on the drug, there were reports that India is considering to supply the drug as it has sufficient stocks of the medication.

India has dismissed US President Donald Trump’s claim that hydroxychloroquine is a “game changer” in the fight against COVID-19. The Indian Health Ministry in its daily briefing expressed doubts over using the malarial drug hydroxychloroquine as a treatment for COVID-19.

“We have started giving hydroxychloroquine to healthcare workers and those in close contact with cases confirmed by a lab", said Dr Raman R Gangakhedkar, Epidemiology and Communicable Diseases, Scientist and Head at the Indian Council of Medical Research, adding that it depends upon their exposure as the drug is being used as a preventive measure.

US President Donald Trump has been promoting the use of hydroxychloroquine as a preventive and a therapeutic drug for COVID-19 and on Saturday he said he asked Prime Minister Narendra Modi to release some hydroxychloroquine ordered by the United States.

Trump had announced that he was working to increase access to hydroxychloroquine and chloroquine, a related compound, following hopeful studies in France and China that found the drugs helped patients suffering from COVID-19.

Mentioning that India is still considering the malarial drug for treatment, the ICMR head said “the study is based on 30 patients and the question is if we can use it for treatment after a study on just 30 patients. Some might say we should and I am from that side which will say we should not because there is not adequate proof for treatment”.

Reiterating Gangakhedkar’s stance, Indian Health Ministry joint secretary Lav Agarwal said there is limited evidence with regard to the efficacy of hydroxychloroquine.

“However, even with limited evidence, our health workers and high risk contact in close proximity of patients are taking it. There is not enough evidence to take it to a community level. When we issued the advisory, we said there are side effects to every medicine and this perception that anyone can take it is wrong. Only those prescribed should take it", Lav said.

India has received requests from at least 30 countries for hydroxychloroquine to fight COVID-19. With India’s capacity to produce over 200 million tablets every month, it is still considering supplying it to other countries.

The Indian Ministry of Commerce, however, has banned the export of the drug and its formulas “without any exceptions”.