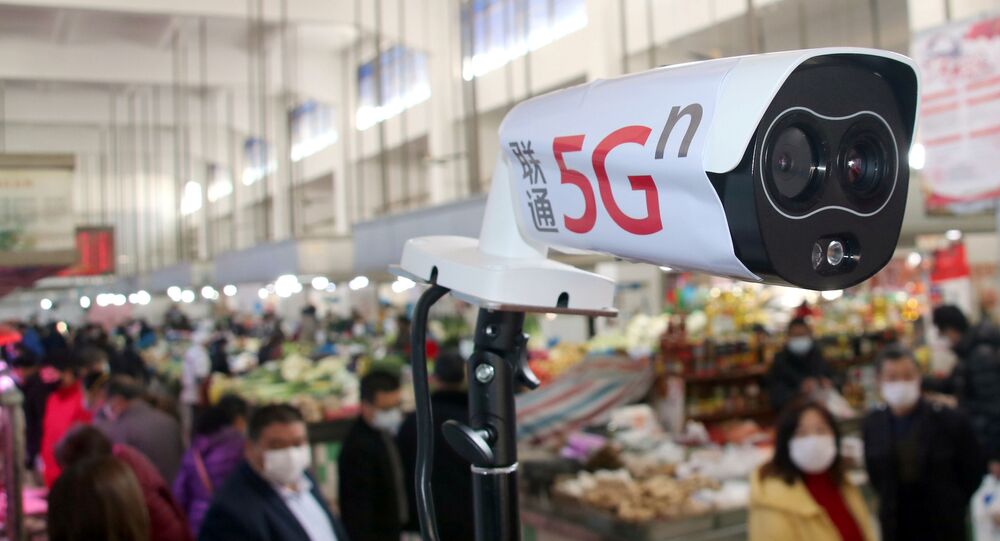 New Delhi (Sputnik): The 5G trials in India, which were scheduled for January this year have advertently been delayed due to the novel coronavirus outbreak. Despite the lack of 5G infrastructure, India has welcomed 5G enabled smartphones to the country.

Amid the ongoing trade tensions between the US and China, President Trump has asked India to choose equipment needed to build the 5G infrastructure from the "West".

During his joint address to media along with Prime Minister Narendra Modi, the US President said the two leaders discussed the significance of a secure 5G wireless network and cautioned India against the use of technology for “suppression and censorship”.

“We discussed the importance of secure 5G wireless networks and the need for this emerging technology to be a tool for freedom, progress, prosperity; not to do anything where it could be conceived as a conduit for suppression and censorship,” Trump told media.

The US has time and again pressed its allies not to use Chinese tech major Huawei’s 5G equipment, citing national security concerns suggesting that it could be used by China to snoop on other countries. However, both Beijing and the tech giant have consistently denied the allegations.

India allowed Chinese tech major Huawei to participate in its 5G trials despite constant caution by the US.

The Chinese company Realme and IQOO on 24-25 February launched the first 5G-enabled smartphone in India. With Realme X50 Pro 5G in the entry-level and the IQOO 3, two memory variants, India finally has two 5G enabled smartphones.

Trump, who is on a two-day visit to India that started on Monday, has signed defence, mental health, energy and telecoms agreements.

Another Chinese Drop in India's 'Mobile' Ocean: New 5G Phone from Beijing to Launch Next Month

With New Products & Collaborations, Is China Planning To Surface as Key 5G Player in India?