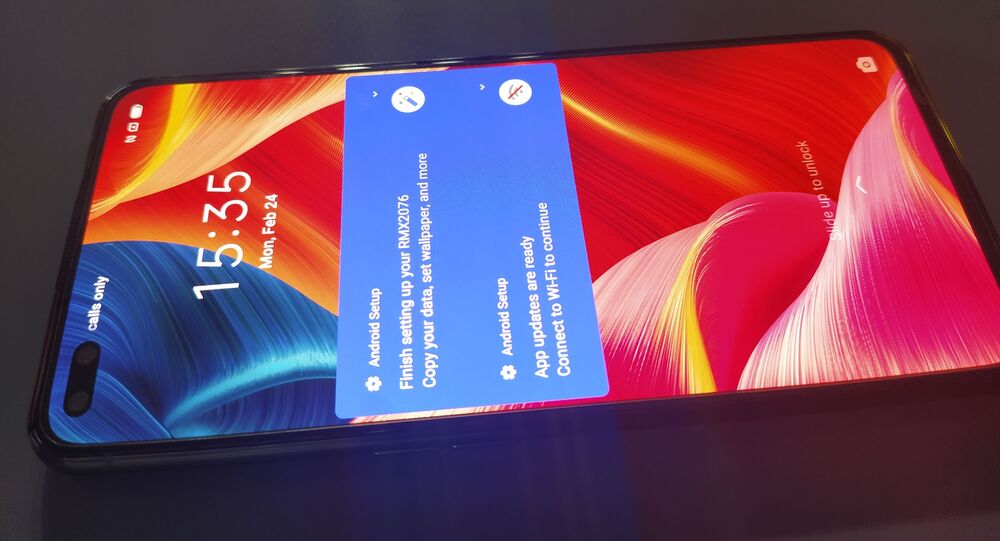 New Delhi (Sputnik): Even though India is currently way behind other countries in developing high-speed 5G infrastructure, it still remains the second-largest market for smartphones in the world right behind China. Chinese smartphone brands continue to dominate the hyper-competitive Indian mobile market.

Chinese handset maker Realme on Monday launched three memory variants of what it claims to be India’s first flagship 5G-enabled smartphone within the pocket-friendly price bracket of INR 37,999 and INR 44,999 ($525-$625 approx.).

Called the Realme X50 Pro 5G – the smartphone was also launched in Spain at the same time. Earlier, the Spanish city of Barcelona was supposed to host the traditional world’s biggest tech event – the Mobile World Congress (MWC) in February. But because of the coronavirus outbreak, several companies pulled out of the event which was eventually cancelled.

The 5G enabled chipsets would improve performance, gaming, connectivity, camera and Artificial Intelligence (AI) in the upcoming generations of smartphones.

​During the event, the President of Qualcomm India Rajen Vagadia, explained why smartphone makers are launching 5G smartphones in India when the country has no 5G infrastructure.

Citing a previous report from market research firm Counterpoint, Vagadia highlighted how India had millions of 3G and 4G enabled mobile phones in the market way before those networks were rolled out.

India had 50 mn, 35 mn 3G and 4G phones before the networks came to India -- the era of 5G ushered by 5G enabled smartphones. #realmeX50Pro @qualcomm_in

​In addition, Realme also announced that this year it would launch over 20 new advanced tech products as part of the smart home ecosystem, the company's India CEO Madhav Sheth said at the event.

In India, voice-enabled smart home devices, especially televisions and speakers, are selling rapidly. The market for speech and voice recognition technology -- one of the most distinctive features of smart home devices -- stood at about $21 million in December 2019. The sector is expected to increase by 40.47 percent to about $29.5 million by the end of 2020.

Other international tech giants like Google, Amazon, Xiaomi and TCL have been expanding the product portfolio of smart home devices in India.

Currently, nearly 300 million Indians have smartphones while 493 million are connected to the internet, with India outpacing both the US and Vietnam in terms of smartphone market growth.

Despite the ongoing economic slump in India, the country witnessed a 10 percent growth in smartphone shipments between July and September.

Later this week, another Chinese brand, the iQOO, will also launch its 5G-enabled smartphone in India.