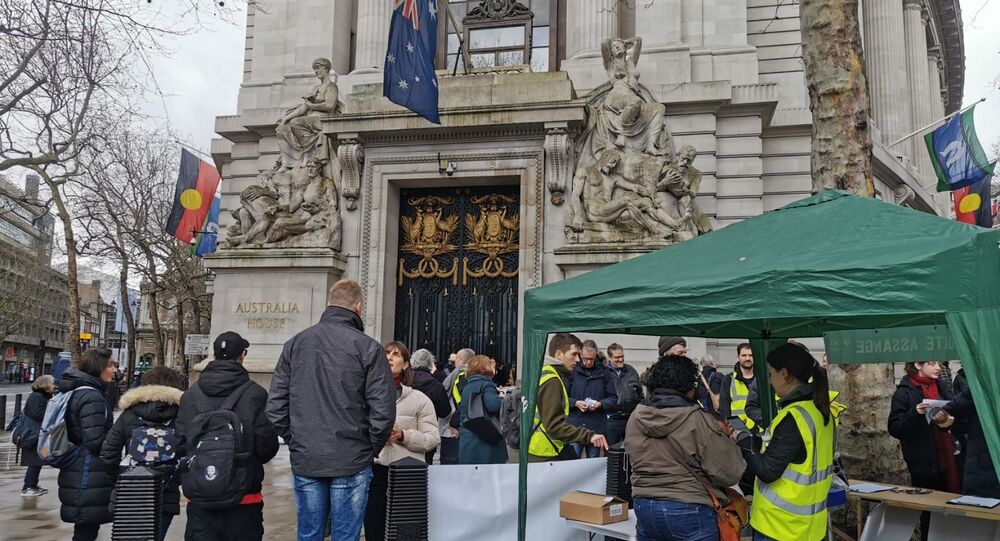 UK teen Harry Dunn died in a road crash in Northamptonshire in August 2019; the woman charged with causing his death due to dangerous driving departed for the US under diplomatic immunity.

Harry Dunn’s family has spoken out against the extradition of WikiLeaks founder Julian Assange, slamming the US government for “demonstrating an extraordinary amount of hypocrisy” in demanding the whistleblower’s return but dismissing a request for the woman charged with killing their teenage son to be sent back to Britain.

Dunn’s family filed a request with the foreign affairs secretary, Dominic Raab, to halt the extradition process for Assange ahead of the first full court hearing, scheduled for Monday, 24 February.

Radd Seiger, the Dunn family’s spokesman, was quoted by the Mail on Sunday as saying:

“Despite its disgraceful refusal to extradite Anne Sacoolas, the US continues to seek the extradition of people in the UK – such as Julian Assange. In doing so, they are demonstrating an extraordinary amount of hypocrisy.”

“As Dominic Raab told us when we met with him on January 27: 'We are reviewing all options.' We want him now to exercise the option of not extraditing Julian Assange to the US.”

19-year old Dunn died when his motorbike was involved in a collision with a car driven by Anne Sacoolas, the wife of an intelligence official based at the US military base RAF Croughton in Northamptonshire on 27 August 2019.

Sacoolas later admitted that she had been driving the car on the wrong side of the road, with police saying that based on CCTV footage it was believed to be the case.

Sacoolas, 42, subsequently claimed diplomatic immunity and returned to the US.

In a statement released on behalf of the suspect after she was charged in December, Sacoolas's lawyers said:

"Anne will not return voluntarily to the United Kingdom to face a potential jail sentence for what was a terrible but unintentional accident."

US Secretary of State Mike Pompeo turned down the extradition request for Sacoolas in January in an email to the UK Government.
A statement from the US State Department said:

"At the time the accident occurred, and for the duration of her stay in the UK, the US citizen driver in this case had immunity from criminal jurisdiction… If the United States were to grant the UK's extradition request, it would render the invocation of diplomatic immunity a practical nullity and would set an extraordinarily troubling precedent."

The main court hearings in the Julian Assange extradition case are set to begin in London on Monday, 24 February and to last throughout the week, as the whistleblower’s lawyers are gearing up to present a number of facts related to his persecution by the US authorities over the past decade.

On the eve of the hearings, the UK capital witnessed a large rally in support of the WikiLeaks founder.

The founder of WikiLeaks website was charged by a US court on 18 felony charges, mostly regarding the violations of the Espionage Act after he leaked classified cables that exposed damning evidence against the US-led military campaigns in Afghanistan and Iraq.
Assange faces five to 10 years in prison for each charge if convicted.

The whistleblower spent seven years in the Ecuadorean Embassy in London after skipping bail and asking for political asylum in 2012 to evade extradition to the United States.

In April 2019, Assange was forced out of the embassy after Ecuador stripped him of his asylum status. He has since been held at Belmarsh pending the extradition trial.