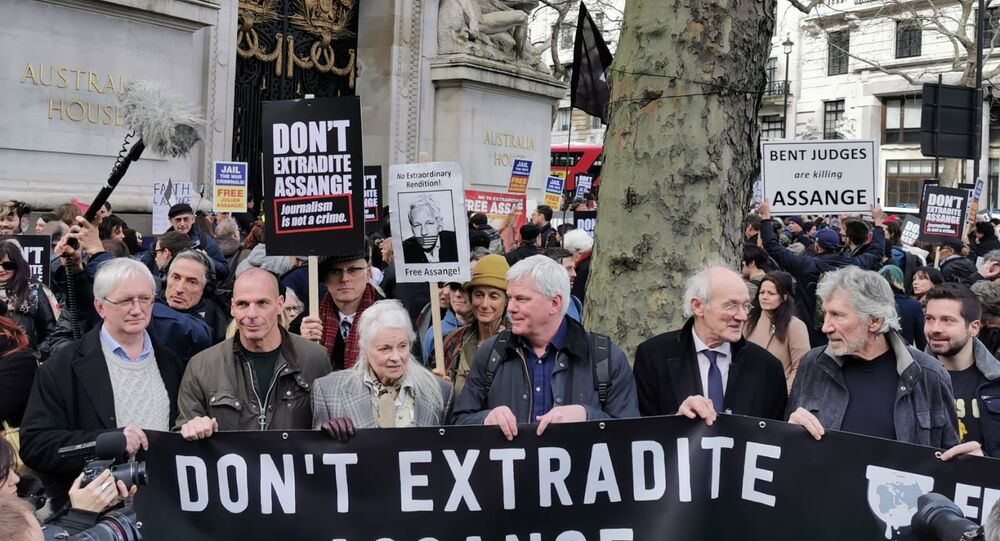 The protest action comes just two days ahead of an extradition hearing to determine the fate of Julian Assange that will take place at Woolwich Crown Court in London.

Protesters are gathering in London to support WikiLeaks founder Julian Assange just two days before the first set of hearings into his possible extradition to the United States.

Assange spent seven years at the Ecuadorian Embassy in London after skipping bail and asking for political asylum in 2012 to evade possible extradition to the United States.

The whistleblower was forced out of the embassy last year and is being held at a high-security prison in London pending an extradition trial.