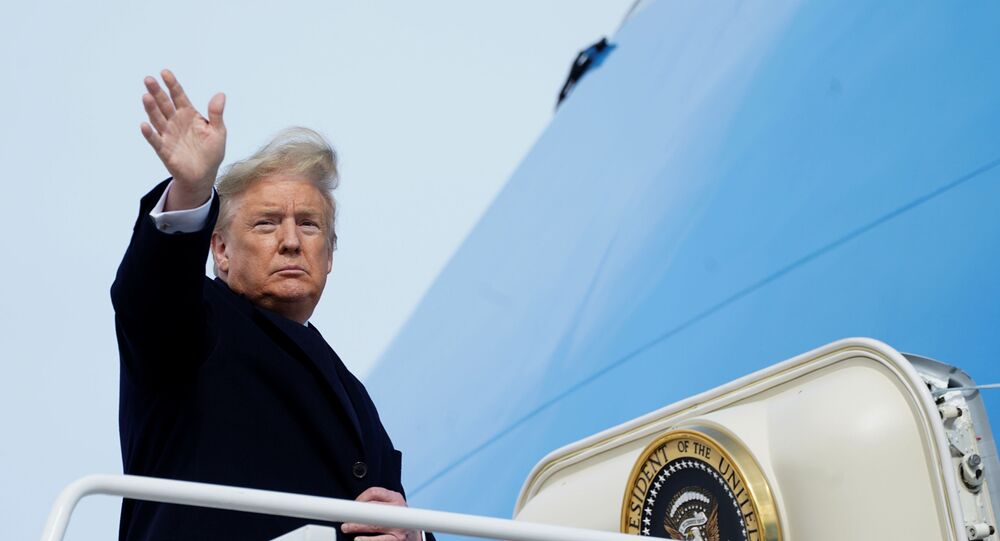 New Delhi (Sputnik): US President Donald Trump appears to be upping his game to keep his Indian fans engaged with tweets and speeches mentioning India ahead of his two-day visit starting on 24 February. Trump is set to address a large rally, to be attended by Bollywood celebrities, politicians and eminent personalities in Gujarat.

US President Donald Trump has taken everyone by surprise by giving the thumbs up to a Bollywood romantic-comedy featuring gay romance - Shubh Mangal Zyada Saavdhan (Extra Careful of Marriage).

The tweet came as a surprise as he recently slammed the Academy Awards for giving the most prestigious Best Picture award to a South Korean dark comedy “Parasite”.

Addressing a rally in Colorado Springs, President Trump said on Thursday: “How bad were the Academy Awards this year? And the winner is a movie from South Korea. What was that all about?”

The tweet by Trump has triggered a flurry of reactions, with netizens praising him for supporting the LGBTQ community.

Thank you, President Trump, for supporting the gay community.
I can’t wait to vote for you this November.

​However, others had a hard time swallowing the positive reaction of Trump.

Your policies attack LGBT people. Don’t pretend you’re on our side.

​Touted as Bollywood’s first gay love story, Shubh Mangal Zyada Saavdhan (Extra Careful of Marriage) is a tale of gay couple struggling against society and their families. The movie is striving to “reach out to the homophobes”, especially after India’s top court struck down the law prohibiting gay sex in September 2018.