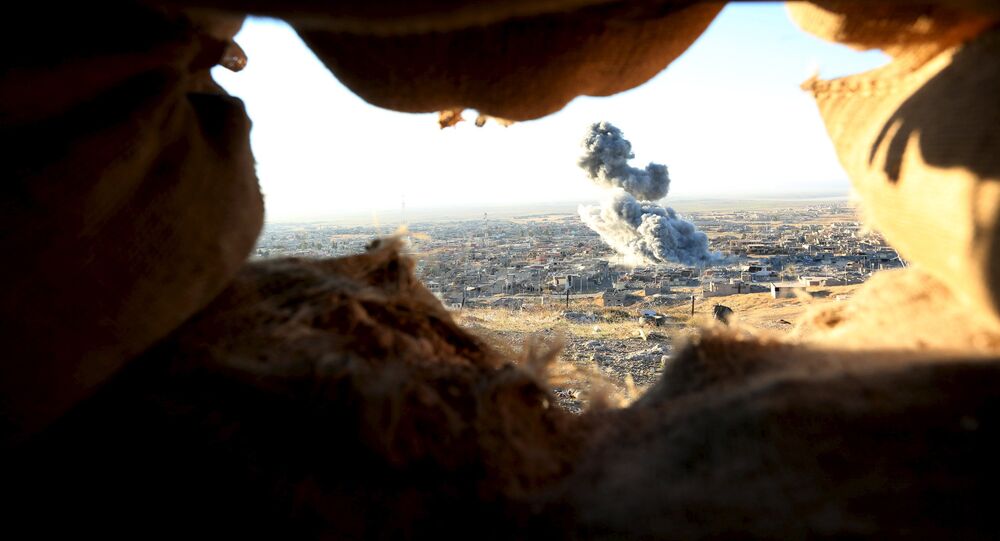 Contradictive reports allege that the explosions were the result of a Turkish raid against members of the Kurdistan Workers' Party (PKK). Other unconfirmed reports suggest that it is the Pentagon continuing its efforts to surgically eliminate senior PMF fighters.

There has been no official confirmation of the explosion in Sinjar from any source.

The news comes on the heels of Friday's US drone attack near the Baghdad International Airport that killed several senior PMF members and a top Iranian general, the commander of the elite Quds Force of Iran’s Revolutionary Guard Corps (IRGC), Qasem Soleimani.

© AP Photo / Jacquelyn Martin
Sen. Kaine Files Resolution to Prevent ‘Unnecessary War’ With Iran Following Soleimani Killing
The assassination of Soleimani has exacerbated already-high tensions between Tehran and the Trump administration. Last week, the White House accused the Iranian-backed Kataib Hezbollah militia group of launching a 27 December 2019 attack on a US military base near the Iraqi city of Kirkuk, which killed a US contractor.

In retaliation, the US launched a strike against Kataib Hezbollah's forces on Sunday killing some two dozen of its fighters, which triggered the attempts of Shiite protesters to storm the gates of the US embassy in Baghdad.