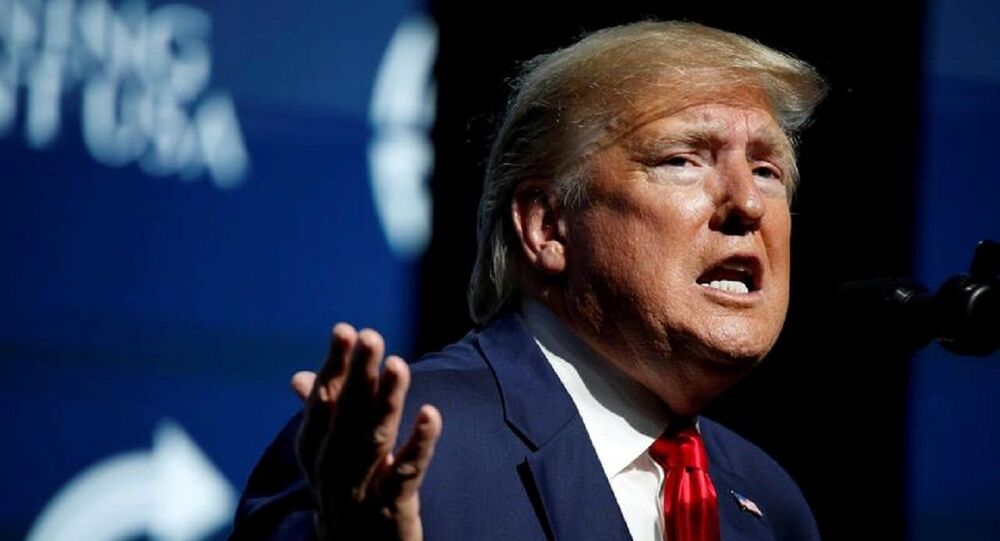 Iranian leaders have vowed to avenge the death of the Iranian Islamic Revolutionary Guard Corps' Quds Force chief Qasem Soleimani at the hands of the American military during his trip to Iraq.

US President Donald Trump accused late Iranian IRGC Quds Force leader Qasem Soleimani of being responsible for "millions" of deaths, thus justifying the American airstrike which killed him early in the morning on 3 January.

General Qassem Soleimani has killed or badly wounded thousands of Americans over an extended period of time, and was plotting to kill many more...but got caught! He was directly and indirectly responsible for the death of millions of people, including the recent large number....

The POTUS further accused the deceased Quds Force chief of being involved in the deaths of "millions of people", including the alleged deaths of protesters during fuel protests that erupted in Iran in November 2019, despite the fact that the Quds Force conducted all of its operations abroad.

Trump also claimed that because of this, Soleimani was "hated and feared" in his homeland and that they actually rejoiced at the news of his demise. The president argued that the man's assassination was long overdue.

....of PROTESTERS killed in Iran itself. While Iran will never be able to properly admit it, Soleimani was both hated and feared within the country. They are not nearly as saddened as the leaders will let the outside world believe. He should have been taken out many years ago!

Trump's statements on the social media platform were preceded by a cryptic message where he said that Iran "never won a war, but never lost a negotiation", without elaborating further.

Former chief of the IRGC Quds Force Qasem Soleimani was killed in a US airstrike on a car in which he was riding, reportedly leaving Baghdad International Airport, on 3 January. Iranian top officials vowed to retaliate for the US "crime" and accused Washington of engaging in "international terrorism".

The US defended its move by claiming that it was protecting its own diplomatic personnel in Iraq, whose lives were allegedly endangered by Soleimani's activities. Namely, Washington accused Iran of orchestrating the siege of the US Embassy in Baghdad, where protesters gathered on 1 and 2 January following recent US airstrikes in the country that claimed the lives of around 25 people.