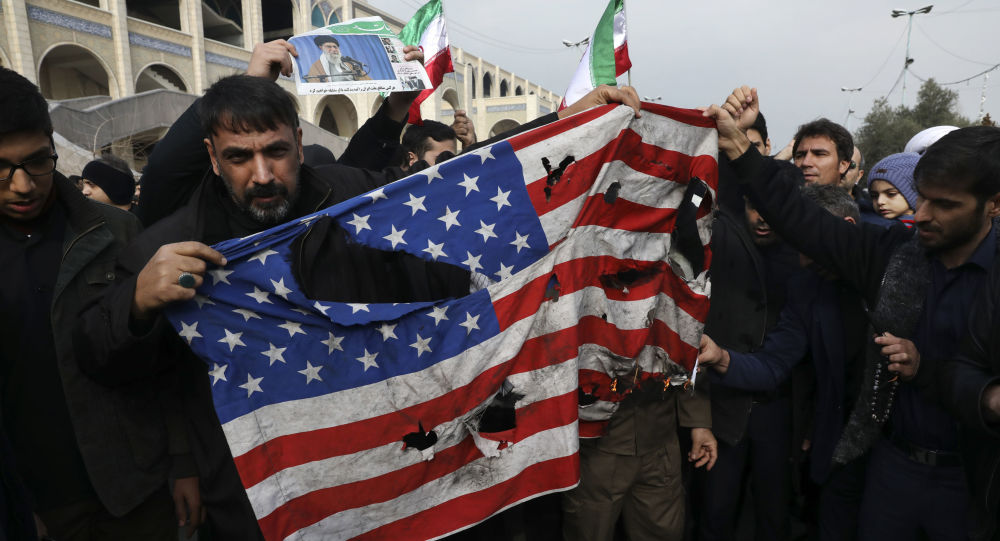 On Friday, Esmail Ghaani was appointed commander of the Quds Force following the assassination of Iran’s Major General Qasem Soleimani, who was killed several hours earlier in a US airstrike near Baghdad International Airport. Tehran has vowed to respond to the attack in the near future.

The death of the powerful commander of the IRGC’s Quds Force, Qasem Soleimani, who was killed in a US airstrike in Iraq on 3 December, has split opinions among high-profile circles in Washington. Several members of the US Congress, including Democratic Senator from Connecticut Chris Murphy, condemned the attack, which was carried out without congressional authorisation, warning that the move could have dangerous repercussions for regional stability amid Iran’s anticipated response.

Iranian government spokesman Ali Rabiei confirmed on Friday that Tehran would respond to Soleimani’s assassination in the near future, while insisting that this time, Washington had “crossed the red line” with its military action.

Lecturer in Middle East politics at the UK’s Lancaster University Dr Alam Saleh suggested that while Tehran’s reaction to Soleimani’s assassination would definitely be “rational”, Iran could now move to take direct action against US troops stationed in the region, as the confrontation between the two countries has escalated to a new level.

“Now we’re in [a] stage of confrontation between Iran and the United States, which is bloody…” Dr Saleh asserted. “Now Iran would allow itself to target American forces directly”.

On the other hand, spokesperson of the parliamentary Commission on National Security and Foreign Policy Seyyed Hossein Naghavi said that Tehran’s response would be “crushing” and that the Americans should be prepared that the Middle East will no longer be “safe for them”.

© REUTERS / Nazanin Tabatabaee
Demonstrators burn the US and British flags during a protest against the assassination of the Iranian Major-General Qassem Soleimani, head of the elite Quds Force.

Who Will Support Iran’s Actions Against the US?

As there is a “real likelihood of major Iranian retaliation”, according senior research fellow at the Global Policy Institute Dr George Szamuely, it is important to understand who will back any of Tehran’s political or military moves.

“Iran has many allies throughout the region, whether in Syria, Iraq, Lebanon or Yemen, All of them will be eager to go into action on Iran’s behalf to avenge the assassination of Soleimani”, Dr Szamuely says.

The political analyst also recalled the UK-Iran diplomatic row involving the seizure of oil tankers this summer, arguing that any new conflict between the Islamic Republic and Western powers would be more devastating this time, but that the US would gain “no benefits” from it.

“That pales in comparison with what could come, Trump will have no real answer to this, other than to threaten war with Iran. But the United States has no means of fighting a war with Iran”, the researcher alluded. “It can't launch an invasion - for obvious reasons, and missile attacks on Iran would only invite Iranian retaliation against the innumerable US military bases in the Middle Fast region”.

In the meantime, Dr Saleh insisted that the United Kingdom could not be counted as a major regional player anymore, having no “effective” power without following the US lead.

A major confrontation in the Middle East can still be avoided if the international community steps up to prevent the conflict from escalating further. Mehran Haghirian, an Iranian analyst and doctorate student of Gulf Studies at Qatar University, noted that Japan, France, Switzerland, Iraq, Pakistan, Oman, Qatar, and the UN should all “double down” in their efforts to prevent a “devastating and all-encompassing war”.

Haghirian also suggested that while the Trump administration will not face major consequences for not getting Congressional authorisation for the airstrike, as the Republicans control the Senate, Soleimani’s death could still play a major role in the upcoming US election.

“As we have just entered an election year, both sides will use this action as a key talking point for months to come”, the analyst asserted. “If there is ever a time to make a move to deescalate the situation between Iran and the United States, it is now”.

© AP Photo / Office of the Iranian Supreme Leader
Did America Just Start War in the Middle East? US Congress Reacts to Iraqi Strike Killing Soleimani
Major General Qasem Soleimani was killed in rocket fire near Baghdad International Airport, an attack that was branded as “defensive” by the Donald Trump administration. The US president later justified the Quds Force leader’s assassination, claiming that the deceased commander was responsible for the death of “millions of people”.

Tehran condemned the attack, with Iran’s Foreign Minister Javad Zarif insisting that the “stupidity” of the “American terrorist forces” would only strengthen “resistance” in the region, while Supreme Leader Ali Khamenei promised “harsh” revenge against Soleimani’s killers.