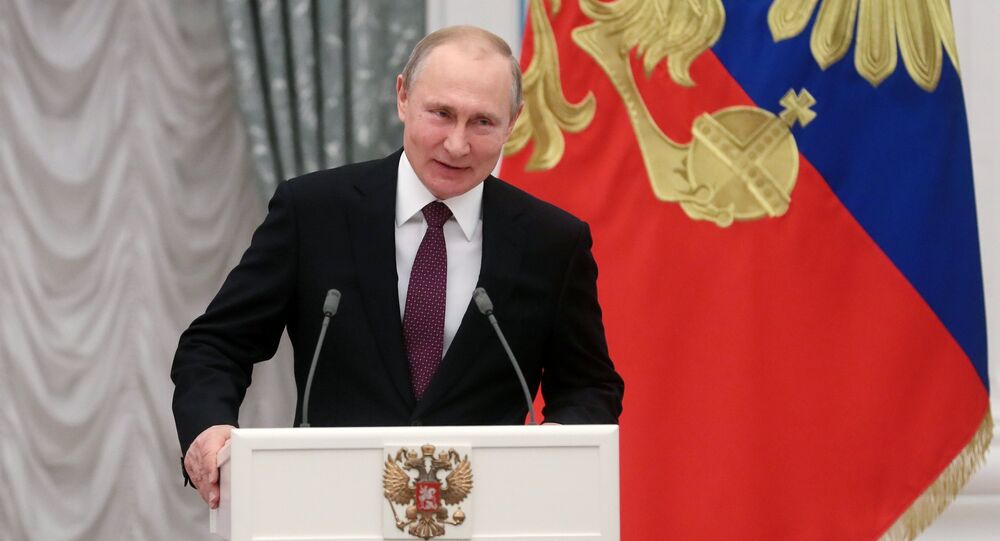 Jens Stoltenberg previously said that the bloc does not view Russia as an enemy, and has no list of enemies, noting, however, that NATO is ready to deflect any aggression against its easternmost members.

Russian senator Alexei Pushkov has shed light on NATO Secretary-General Stoltenberg's statement about a possible meeting with Vladimir Putin. According to him, the head of the alliance has an ulterior motive in holding talks with the Russian President, using them as a tactical move.

"As he faces opposition from [French President] Macron, Stoltenberg announced he is ready to meet Putin. The thing is what purpose would the meeting serve: is it to create an appearance there is dialogue while covering the growing military activities of NATO, or to de-escalate tensions? Seems like it is to create the appearance", Pushkov noted.

The senator was referring to the latest statement from Paris, as Macron called the bloc "brain dead", saying it remains in the state of "political confusion" and urged the allies to establish better relations with Russia.

Meanwhile, the military bloc is going through a difficult period: there are many internal conflicts between the allies, with US President Donald Trump demanding that other members increase their military spending, France and Germany disagreeing over the European security architecture, and Washington sanctioning Turkey over its purchase of Russia's S-400 air defence systems - and Ankara's offensive in Syria.

The hint about possible negotiations comes after Moscow expressed concern over NATO's continuing expansion closer to the Russian border, and agreed with the General Staff's statement about NATO's preparations for a serious military conflict.