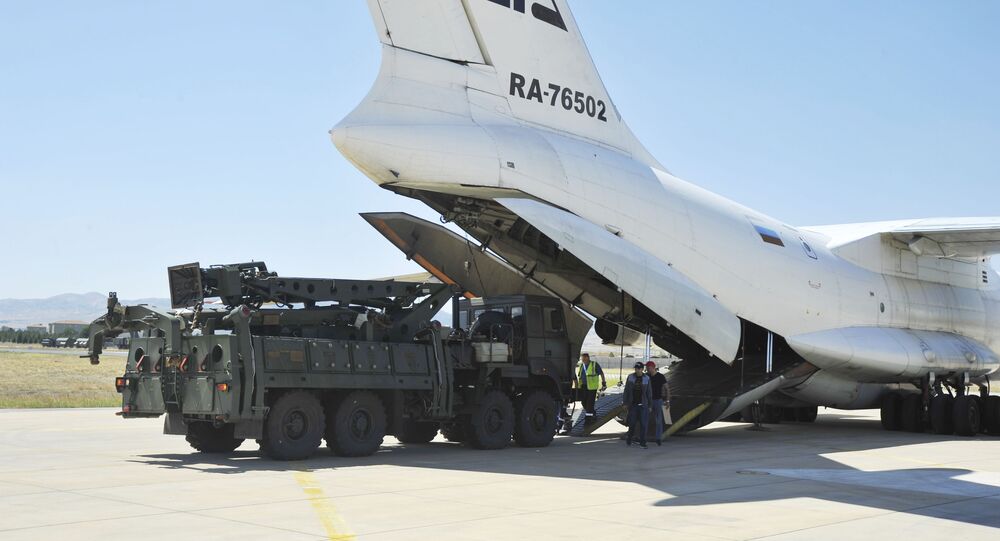 Ties between Ankara and Washington soured after Turkey signed an agreement with Russia on the S-400 air defence system purchase, but the real cause of the rift is more complex.

The row between the the US and Turkey over the latter's purchase of Russian S-400 air defence systems has taken a new turn after the US Senate Foreign Relations Committee approved a bill suggesting new economic sanctions against Ankara. Turkish President Recep Tayyip Erdogan responded by threatening to close two military bases currently used by the US - Incirlik, widely believed to be holding stockpiles of American nuclear weapons, and Kurecik, which hosts an early-warning radar station.

Although it may appear that the conflict began after Turkey ignored US warnings regarding S-400 purchase, in fact, it has multiple dimensions.

How Patriots for Turkey Turned Into S-400s

Ankara has long sought to procure modern air defences before signing a contract with Russia in December 2017. Turkey originally sought to procure US defence systems, including Patriot missiles. Authorisation for the deal was stalled for years and Ankara finally looked elsewhere for the weapons it sought.

The Trump administration later completed the authorisation process, but by that time, Turkey had already struck a deal with Russia, although it did not exclude buying American systems as an addition to its new S-400s.

Russia Made the Better Deal

Washington's apparent reluctance to sell Patriot missiles was not the only reason Turkey struck the S-400 deal with Russia, even after the US authorised the sale of the cutting-edge weapons. Erdogan repeatedly stated that Turkey chose the S-400 because Russia made a "better" offer.

Agreement on Turkey's purchase of Patriot weapons would impose significant limitations on Turkey, including control over the technology's use. Ankara would also be prohibited from acquiring the technology for reproduction, thus becoming dependent on technical support from the US. Russia, on the other hand, agreed to transfer some S-400 technologies, and to organise the joint production of system parts in Turkey, which sold Ankara even after diplomatic pressure from the US.

Ankara's defiance toward US demands may have been caused by a willingness to show independence from its NATO ally, according to the head of the Turkish-Russian Research Centre, Aydin Sezer, who believes that the purchase of S-400 was a Turkey's "tool of political pendulum between the US and Russia", distinctively showing Washington that "the Russian option is always on the table".

Sending such signals to Washington was crucial for Ankara in light of recent foreign policy disagreements. The first blow to US-Turkish relations was made in 2016, after Erdogan barely survived a 15 July coup attempt. Ankara accused a major opposition figure - and former close political and religious ally - living in the US, Fethullah Gülen, of organising the coup and demanded the White House extradite him. The US refused to do so and in that same year Ankara engaged in talks with Moscow that resulted in signing the S-400 deal in 2017.

Another source of dispute for Ankara and Washington was the latter's support, both financial and material, for armaments to the Kurdish militia in Syria, including the Syrian Democratic Forces (SDF) and its military branch - the People's Protection Units (YPG). While the US valued them as allies in the fight against Daesh* in Syria, Erdogan's administration insisted that the YPG was a terrorist organisation and should not be supported by Turkey's NATO allies, including the US. The White House continues its support of the SDF to this day.

At the same time, Turkey struggles to comprehend the nature of the Washington's issues with the Russian S-400s. The White House and Pentagon claim that the system is incompatible with NATO's defence grid and may reveal secrets of the newest F-35 jet to Moscow.

Ankara repeatedly pointed out to Washington that another NATO ally, Greece, was allowed to buy and deploy the Russian S-300 air defence systems, and integrated the weapons into NATO's network. The US has not objected to the deployment, even after Turkey did, and does not have fears over an F-35 occasionally flying into range of an S-300.

During the last meeting between Erdogan and his American counterpart in 2019, the two presidents agreed to establish a team of national security advisers to sort out a solution to the S-400 issue which is considered to be poisoning US-Turkish relations. Their work has not yet yielded results.

'Sword of Damocles' of US Sanctions Will Hang Over Turkey, But Won't Strike - Political Analyst