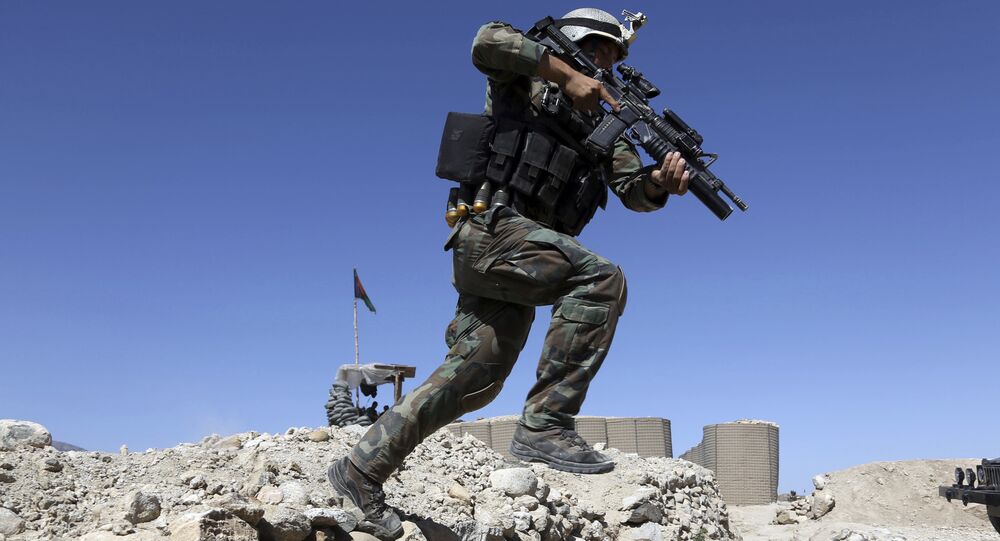 "We have a dialogue with them [the United States] on Afghanistan. There is a Russia-China-US format that Pakistan has joined. There is interest in connecting Iran to this format. It can be promising", Lavrov said on Friday.

A confrontation between Afghan government forces and the militants of the radical Taliban movement, which had previously captured significant territory in rural areas of the country and launched an attack on large cities, continues. Daesh* has also increased its influence in Afghanistan. Afghan national defense and security forces are conducting joint counter-terrorism operations across the country.

The issue of launching a direct peaceful dialogue between the opposing forces in Afghanistan is being discussed at various venues, including in Moscow, where in November last year, a private meeting on Afghanistan was held with the participation of representatives of regional states. For the first time, a Taliban delegation took part in the meeting. The Supreme Peace Council, which positions itself as a mediator between the government and the Taliban, also attended the meeting.

In recent months, the US has been negotiating with the Taliban for a settlement in Afghanistan. In early September, US Special Representative for Afghanistan Zalmay Khalilzad said that the preliminary version of the agreement provided for the initial withdrawal of 5,000 of about 14,000 US troops stationed in Afghanistan over the next 135 days. However, the signing of the agreement failed due to the position of US administration.