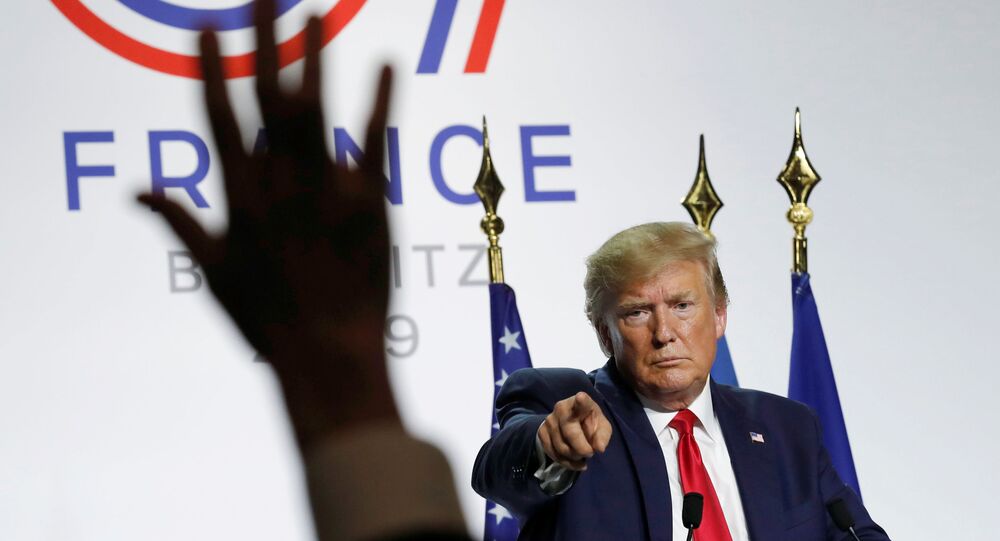 After the end of the joint press conference with the French president, Donald Trump continued to answer questions, including one regarding a possible return of Russia to the G7 club, once again making it the G8.

During his press conference in the follow-up of the third day of the G7 summit, US President Donald Trump said that he would "certainly" invite Russian President Vladimir Putin to next year's meeting, but noted that he still might not come since it would be "tough" for him.

"Whether he could come or not, psychologically, I think that's a tough thing to do. He's a proud person", Trump said.

The US president also commented on recent statements made by Russian Foreign Minister Sergei Lavrov, who noted that Moscow had never asked to return to the G8, by saying that it would be better for Russia to be "inside than outside". Trump went on to suggest that Russia would likely accept the invitation.

Ahead of this year's G7 meeting, the US president mulled over the idea of inviting Russia back to the club, as it was excluded following a deterioration in relations with Western countries. The idea, however, found little support among the majority of the remaining G7 participants. According to media reports, citing anonymous diplomatic sources, Trump even had a spat over the issue with other heads of G7 countries.

On Trade Deal With EU Without Tariffs

Touching upon the trade row with the European Union, President Trump called the bloc a "strong group", but expressed confidence that the US would be able to strike a trade deal with it. He also explained that the potential agreement would not include any tariffs on European cars imported by the US.

Trump earlier threatened to impose tariffs on European goods, specifically cars, in response to "unfair" trade practices, accusing the EU of subsidising aircraft giant Airbus, which the US sees as a violation of World Trade Organisation rules.