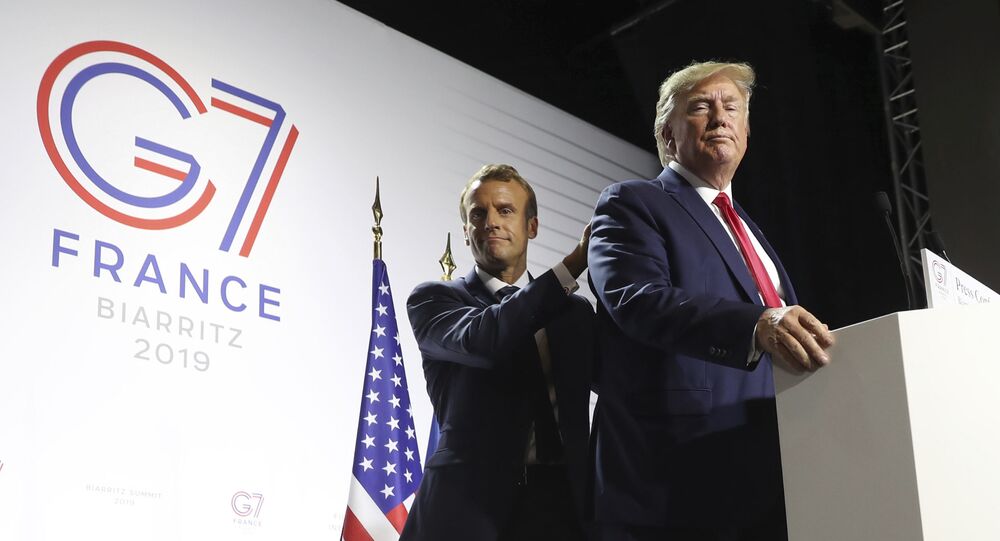 MOSCOW (Sputnik) - US President Donald Trump said that several members of the Group of Seven (G7) are interested in inviting Russia back to the organisation, following five years of its absence from the bloc after tensions over Crimea.

"We'll see ...We had a talk and no vote or anything, but we had a talk about Russia. My inclination is to say yes, some people disagree with me, some people don't", Trump told reporters, when asked if he would invite Russia to join the G7 summit next year.

"So we did have a discussion about Russia, we'll see, I think it's advantageous, but other people do not necessarily agree. Maybe at this time, I think I could say", Trump added.

The US president said the next G7 summit could be held in Miami, which is conveniently located.

Foreign Minister Sergei Lavrov has commented on the matter, saying that Russia has never raised the matter of its return to the G8.

"During all these years, we have not raised the topic of G8 during our contacts with anybody. Frankly speaking, we have not even kept it in mind when making our foreign policy plans. We have not asked anybody to do anything", Lavrov said at a press conference, held after talks with his Angolan counterpart, Manuel Augusto.

Kremlin spokesman Dmitry Peskov, in turn, stated that the Kremlin did not consider US President Donald Trump's call to return Russia to the G7 to be a provocation, but added that it was impossible to do so on one country's proposal.

"Of course, President Putin is a supporter of improving relations with all G7 countries. And we have very positive contacts with a number of G7 members - let's take Japan, Italy, France, Germany. Despite certain disagreements that inevitably exist with these countries, the dialogue continues and expands at various levels", Peskov told reporters talking about the possibility of Russia's participation in the G7.

Peskov said the hypothetical return to the G7 was not Moscow's goal in itself, and Russia would not impose its participation on anyone.

Before that, Trump agreed to French President Emmanuel Macron's proposal to invite Russia to the 2020 G7 summit in the United States. Trump also said that Russia should return to what used to be G8. While some countries, like Japan, are open to the idea, others, like Canada, remain stridently opposed to it. Russian President Vladimir Putin said this week that his country saw any form of dialogue with G7 nations as useful.

Crimea rejoined Russia after nearly 96 percent of its voters supported the move through a referendum held in March 2014. Ukraine, as well as the majority of Western countries, have not recognized the referendum results. Russian authorities have repeatedly claimed that the Crimean residents decided to rejoin Russia through a democratic procedure and that the referendum was conducted in compliance with international law.