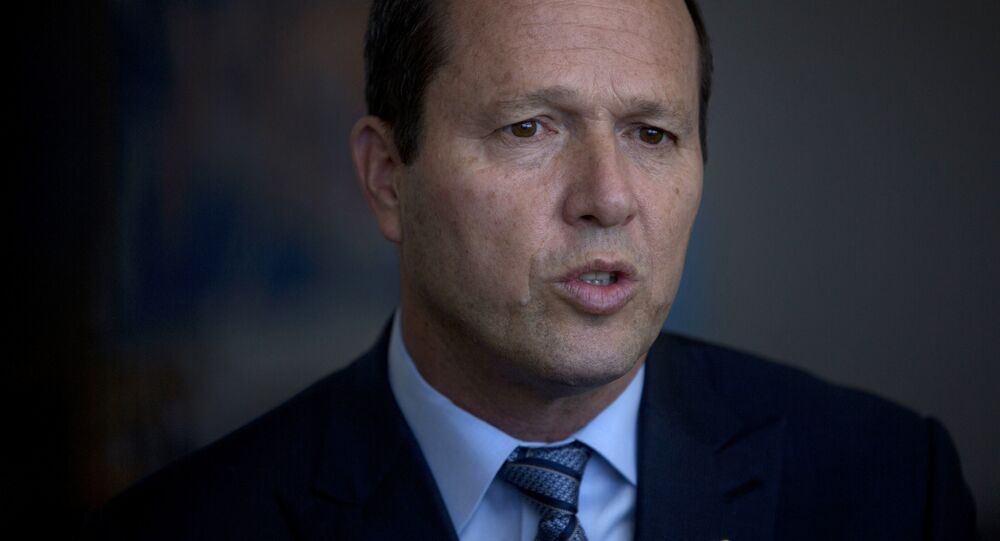 On 15 August, Israel banned Rashida Tlaib and Ilhan Omar, two US congresswomen, from visiting the West Bank and Jerusalem over their professed support for boycotting Israel. Tlaib filed a request to be allowed to visit her grandmother on humanitarian grounds, and subsequently received permission, yet demonstratively rejected the offer to go.

​Congresswoman Rashida Tlaib “proved her real intentions", when she rejected Israel’s offer to visit her grandmother, Israeli politician Nir Barkat said on Friday afternoon, according to The Jerusalem Post.

Barkat tweeted to Tlaib that she intended “to use your 90-year-old grandmother to wage political war calling for Israel’s destruction and boycott".

1/2 Congresswoman @RashidaTlaib, you asked to visit Israel to meet your family and we agreed to your request. Your refusal to Israel's terms proves your real intentions... To use your 90 year old grandmother to wage political war calling for Israel's destruction and boycott.

​The Likud MK, a candidate for the cabinet seat vacant since Social Services Minister Haim Katz resigned, urged the US congresswoman to “take your hatred, fanaticism and bigotry to places like Iran and Syria, which you so admire. We have no interest in welcoming terrorist supporters here".

2/2 Even your own Democratic Party understands that a democracy has every right to defend itself. So take your hatred, fanaticism and bigotry to places like Iran and Syria which you so admire. We have no interest in welcoming terrorist supporters here.

​Barkat also wrote Rashida Tlaib and Rep. Ilhan Omar on Twitter on Thursday that their views do not belong in Israel.

Instead of striving for peace and coexistence between Jews and Arabs, you have chosen a policy of hatred and boycott. With attitudes like those, you will never be welcomed here.@RashidaTlaib @IlhanMN

​Social media users shared their reaction to the Israeli politician's outburst targeting Rashida Tlalib, with some voicing their agreement with the "go to Iran or Syria" comment.

Agree 1 million pct with the Syria and Iran comment

​Others condemned the US congresswoman's actions:

She is full of hate. Sorry, but is kind of obvious. Her interests are driven by revenge, somehow aren't they?

Tlaib is a fraud.

Just get them out of the US

​Still other Twitter users found the Israeli side to be in the wrong:

If they were truly interested in a better solution for all the people, they wouldn't have just planned to visit Palestinian people, but Israelis and their settlements as well, and I didn't see that on their agenda. But, Israel was wrong anyway.

Stop the hate man. You denied her entry to please someone who carries racism as a badge of honor. Israel shouldn’t be a toy of some foreign, racist & narcissistic leader. Future generations of Israel may pay a dear price for such hateful act

Jews have a peaceful life in Iran with dignity of reserved seat in Iranian Parliament. Israel is complicit in the destruction of Syria. Bigotry is not good.

​The Israeli politician’s statements were made after US congresswoman Rashida Tlaib revised plans of going to the West Bank to visit her grandmother, despite being granted permission by Israel, citing “humiliating” terms under which permission had been granted.

Israel was quick to respond to the congresswoman’s sudden rejection of the trip, with Israeli Interior Minister Aryeh Deri branding her actions a “provocation”.