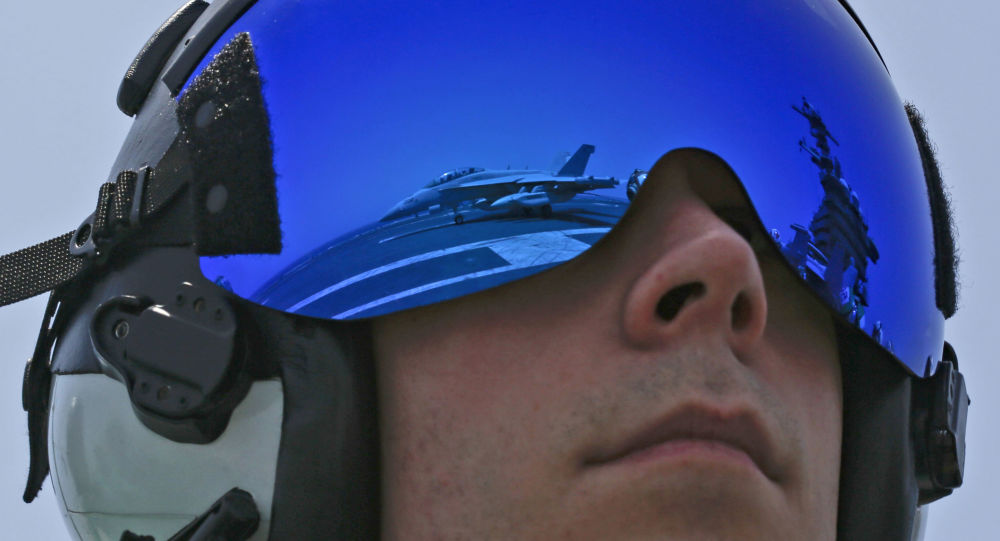 Iranian Commander Claims US ‘Withdrawing Its Warships’ From Gulf

Earlier, the US plans to create a maritime coalition in the Persian Gulf were criticised by Iranian President Hassan Rouhani, who insisted that the Persian Gulf states are able to provide for regional security all by themselves.

Brigadier General Alireza Sabahi Fard, commander of the Iranian Army's Khatam ol-Anbiya Air Defence Base, has claimed that US warships are leaving the Persian Gulf.

“Today, the fact that the enemy has been pushed to stop 200 miles (321 kilometres) away from the Strait of Hormuz and is withdrawing its warships from the Persian Gulf is due to the (Iranian) Armed Forces' deterrence power and the enemy knows that it can't test Iran's preparedness and defence power”, Fard told reporters in Tehran on Thursday, in a clear nod to the US.

It is unclear which US warships Fard was referring to and his claims cannot be immediately verified.

Fard's remarks come after Iranian President Hassan Rouhani reiterated his rejection of US plans to create a maritime coalition in the Gulf on Wednesday, claiming that the countries of the region can ensure security in the area on their own.

“There is no need to attract foreign forces in order to maintain security in the Gulf,” Rouhani insisted, urging Gulf nations to remain committed to “dialogue and unity”.

He signalled Tehran’s readiness “to ensure the security of this region together with its coastal states, just as it has been done in the past.”

Echoing Rouhani was Iranian Foreign Minister Javad Zarif, who tweeted that “any extra-regional presence is by definition a source of insecurity” there, warning that Tehran “won't hesitate to safeguard its security”.

Earlier, Zarif argued that the US has failed create a coalition in the Persian Gulf because Washington is “alone in the world and countries that are its friends are too ashamed of being in a coalition” with America. He accused the US of being accountable for tensions in the Persian Gulf region, which caused “misery”, and stressed that it is Iran that is responsible for the region’s safety and security.

Last month, the US floated the idea of creating a naval coalition to patrol the Gulf, in a bid to “ensure the freedom of navigation” in the area.

UK Only US Ally to Join Gulf Coalition

The move came after the UK-flagged oil tanker Stena Impero was seized by the IRGC in the Gulf over its alleged violation of maritime rules on 19 July. The seizure was preceded by the detention of the Iranian tanker Grace 1 near the Strait of Gibraltar over an alleged breach of EU sanctions.

The UK currently remains the US’ only ally to join the mission as Japan, South Korea, Belgium and Norway are stillconsidering Washington’s proposal.

German Foreign Minister Heiko Maas, for his part, previously reaffirmed his country's unwillingness to join a US-led coalition in the Gulf, emphasising that Berlin “wants a European mission”.

The US sent an aircraft carrier strike group to the Gulf in a “clear message” to Tehran as the Islamic Republic announced that it is suspending implementation of some of its obligations under the 2015 Iran nuclear deal, also known as the Joint Comprehensive Plan of Action (JCPOA), on 8 May. The move came exactly a year after President Trump unilaterally withdrew the US from the JCPOA, while also reinstating harsh economic sanctions against Iran.

Israel is Seeking to Ignite a Conflict or Even War Between the Gulf States, Iranian Scholar Believes