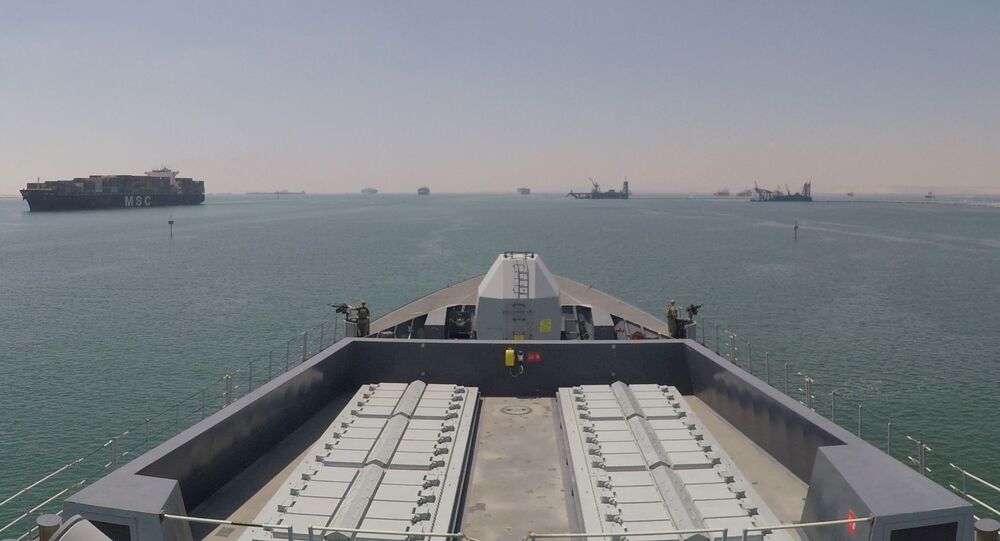 MOSCOW (Sputnik) - The United Kingdom cannot use the Strait of Hormuz as long as Iran cannot pass through the Strait of Gibraltar, Iran’s President Hassan Rouhani said on Tuesday.

"Security for security, peace for peace, strait for strait. The Strait of Hormuz cannot be opened for you [the United Kingdom] while Gibraltar is closed to us," Rouhani said during a meeting with representatives of the Ministry of Foreign Affairs.

Rouhani remarked that "British tankers in the past didn’t take into account our warnings considering the movement in the Persian Gulf, but now the situation is completely different."

UK-Iran tensions around the Strait of Hormuz, which accounts for up to one-third of the world’s daily sea-bound supplies from oil-rich nations of Iraq, Saudi Arabia, Kuwait and Iran, peaked this month after an incident on the other side of the continent, off the coast of Gibraltar.

On 4 July, Royal Marine commandos boarded and seized the Grace 1, a Panamanian-flagged oil tanker loaded with Iranian oil. London alleged that the ship was headed for an oil processing terminal in Syria, in violation of European Union sanctions against the war-torn country, while Iran has denied the claims.

In turn, Iran detained the UK-flagged tanker Stena Impero in the Strait of Hormuz last month for an alleged violation of shipping laws.

Following the incidents, the UK announced plans to put together a European-led coalition separate from a similar US initiative to patrol the Persian Gulf and the Strait of Hormuz in a bid to “protect” commercial vessels. Germany, France, Denmark, and Italy have reportedly backed London’s idea.